By Dalanews (self media writer) | 6 months ago

Ramogi TV Facebook page has been running an open poll for gubernatorial aspirants first in Homabay County and today in Siaya County.

First, a disclaimer: such polls are never critical in their findings as they are prone to manipulation and abuse by aspirants who can get their goons to poll in their favor. 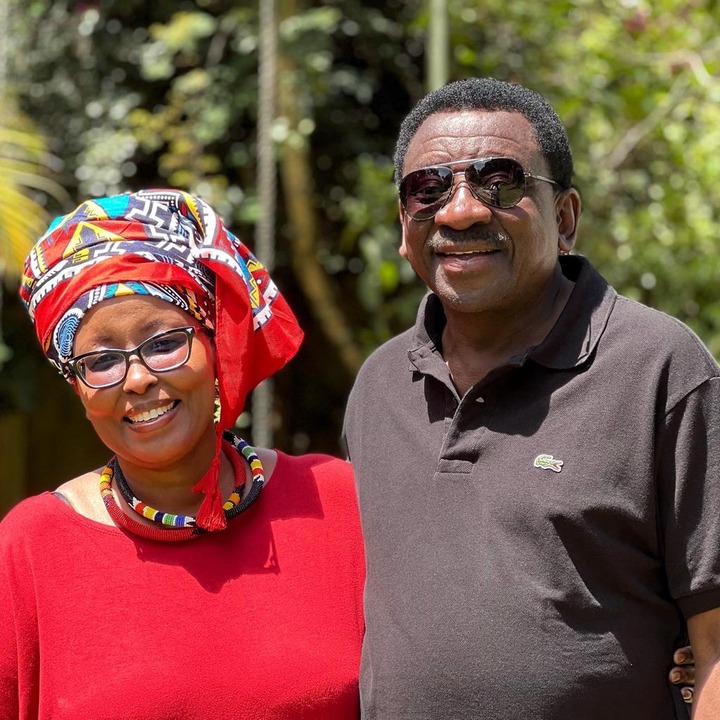 Details about the enigmatic SC James Aggrey Orengo are just emerging to Siaya people now that he's in the gubernatorial race.

Second, Ramogi TV is the new kid on the media block and although the Royal Media Services fraternity has shown open bias in favor of Raila Amollo Odinga's candidature at the presidential level (which is a most welcome development), it is essentially polarizing to promote biases at any other level. The poll question was therefore premature and not professionally executed, especially when pitting the two front-runners in the Siaya County Gubernatorial race to the exclusion of others.

As a voter in Siaya I experienced a moment of Deja Vu upon going through the "outcome" of the open-poll where respondents gave comments such as the one below rather than vote and remain silent: 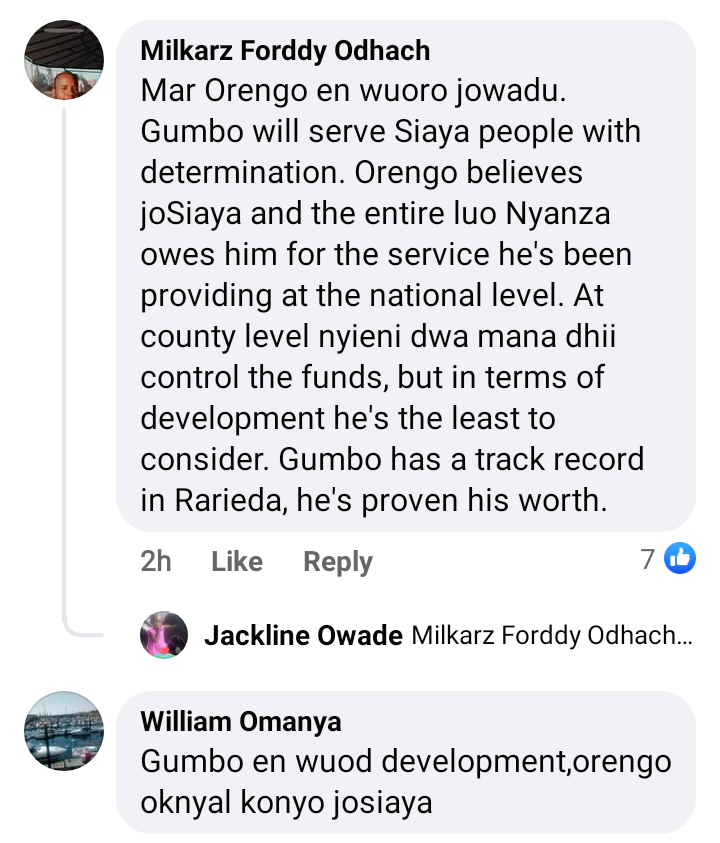 What comes out is that SC James Aggrey Orengo's could be a huge profile nationally compared to Eng. Nicholas Odero Gumbo's but politics being local, the voters are concerned with either's development track-record as Members of Parliament in the past.

According to the poll Eng. Nicholas Gumbo has a more illustrious development track record during his tenure as MP for Rarieda than does SC Orengo in Ugenya.

The next question is whether voters in Kenya bother to vote in candidates purely on their ability to deliver progress. Sadly the answer is NO. And, Orengo enjoying the goodwill of Orange Democratic Movement Party bigwigs is still way ahead of Gumbo on realpolitik statistics.

Orengo should be awake to the fact that the Millennial who will be casting his/her vote for the first time in this election was a toddler ten years ago and much oblivious to efforts he put in during the struggle for the second liberation. 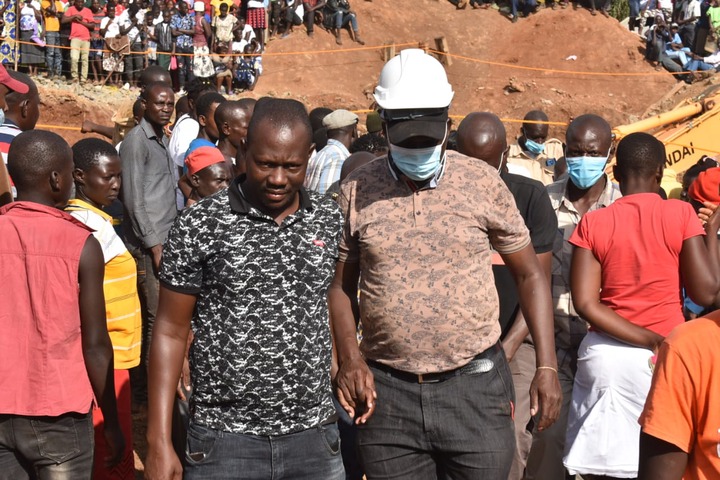 One of Eng. Nicholas Odero Gumbo's strong point is an affinity with the people.

Gumbo should take stock of how much alienation from the ODM Party has cost him in the past and if he's ready to lose again at this critical time in the nation's history when a vote for the party will be synonymous with a vote for Baba.

We empathize with Gumbo that since the ground is tilted in his favor, electioneering dynamics are not. If I were him I would make amends with the party bigwigs and since the party leader himself has declared that the nomination process will have some semblance of fairness this time round, tackle Orengo from within. 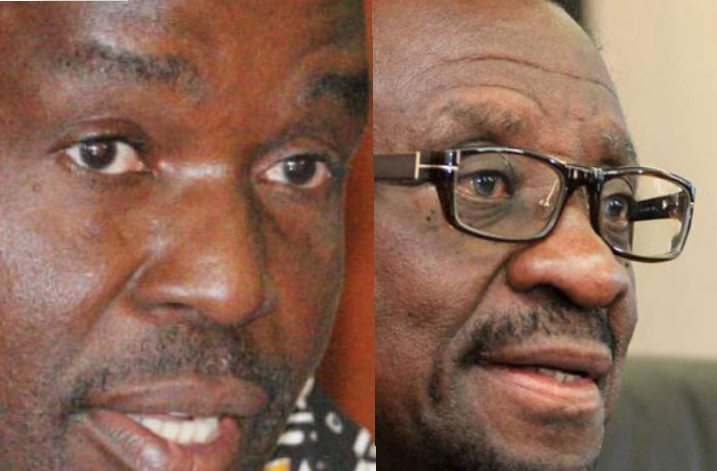 More to the point, if I were Orengo I would not sleep, knowing that my opponent has the heart and mind of the people while I hold the national stature.