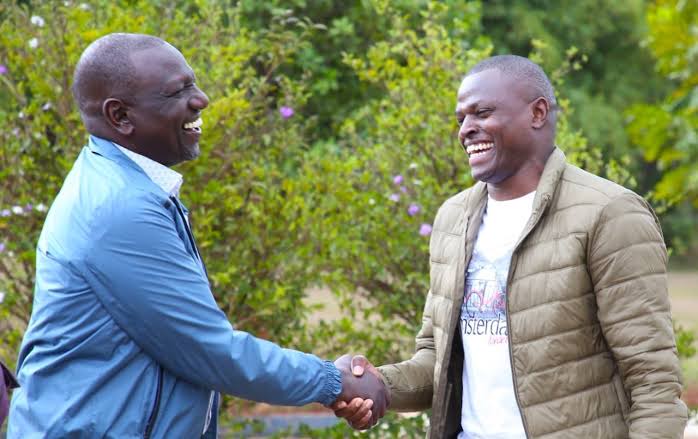 A file photo of president Wiliam Ruto with his ally Ndindi Nyoro.

When news emerged on Tuesday afternoon that President William Ruto had at long last unveiled a list of his proposed Cabinet, Murang’a eyes scanned the list to see what Kiharu MP Ndindi Nyoro had bagged.

It was not a question of if he had been picked; rather, it was what docket he had bagged but to their utter shock, the renown Politician who had been shortlisted among the possible Ruto's running mate was missing in the list.

However, on Thursday morning, a Twitter account that goes with the name Ndindi Nyoro posted some news but it has been established that the account is not legitimately owned by the Kiharu constituency Member of Parliament.

The account has about 109 followers which had made some of the Kenyans believe that the message that had been tweeted could have been from the Kiharu legislature.

However, it has been authoritatively established that the account that tweeted the message was fake and not the genuine account of Ndindi Nyoro. 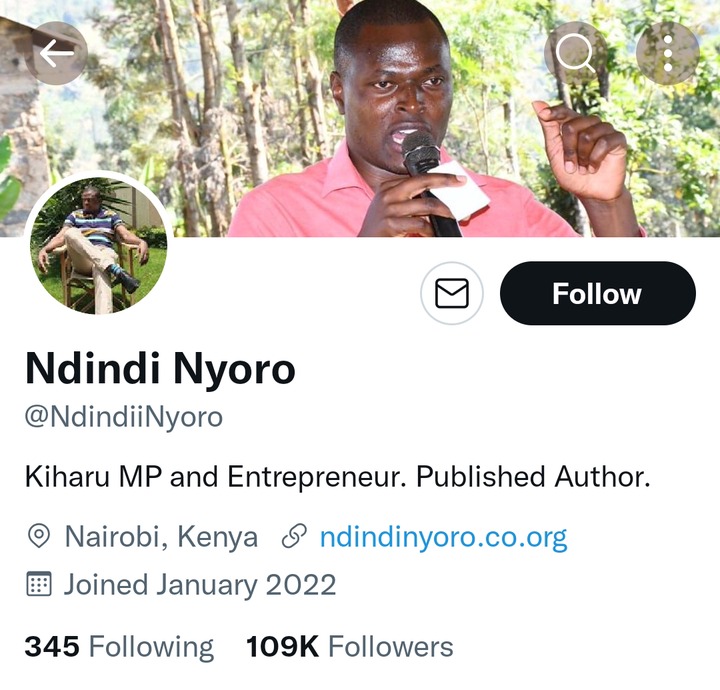 It has since been established that the genuine account of the Murang'a Politician has over 600,000 followers and hence the one that posted the fake news was not from him. 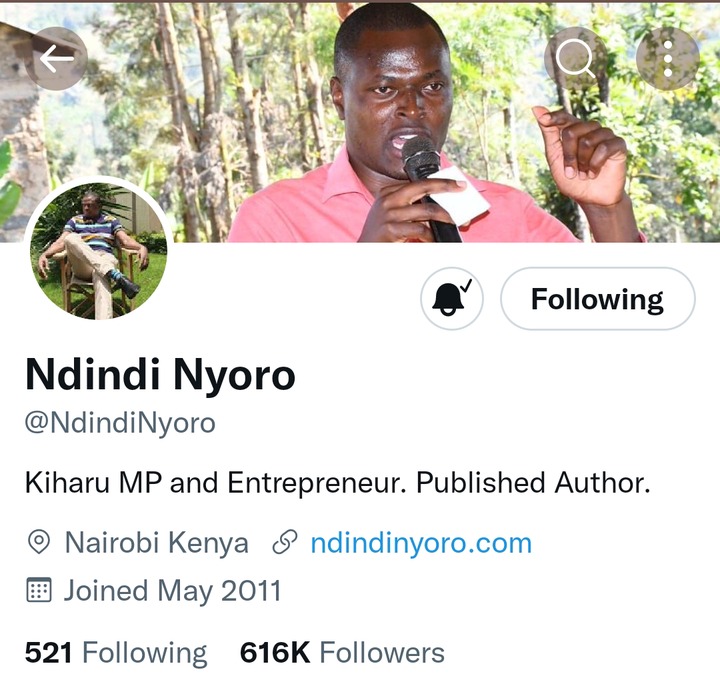 Ndindi Nyoro is among the Mt Kenya politicians who withstood the pressure from the previous administration to marshal support for Ruto, who at the time was at loggerheads with his predecessor Uhuru Kenyatta.

Before Ruto unveiled the Cabinet by Ruto, Nyoro had accompanied him to the United States, where he pitched camp for a couple of days on official duty.

Also missing from the list was Prof David Ndii, the man behind the bottom-up economic model on which Dr Ruto anchored his campaigns.