By Asha (self media writer) | 3 months ago 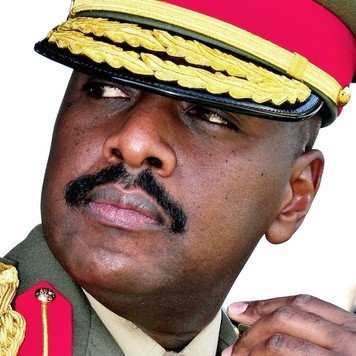 The president of Uganda Yoweri Museveni's son General Muhoozi Kainerugaba who is a high ranking military official earlier this evening kicked off intense online banter between kenyans on Twitter and Ugandans. This is after he made what can be described to be hollow remarks especially considering his stature as a leader.

In a now viral message on his verified social media platforms, General Muhoozi Kainerugaba claimed that Uganda can easily capture Nairobi within a few weeks and that the Ugandan army is allegedly the strongest army in the region, remarks that he has repeatedly made online for a couple of years.

And with the remake attracting widespread reactions from a number of kenyan leaders, former Nandi hills constituency member of the national assembly Hon Alfred Keter has come out to finally break his silence.

In a message on his official Twitter account with hundreds of thousands of followers, Keter angrily lashed at general Muhoozi Kainerugaba even as he questioned his state of mind. He went ahead to mock him, taunting him that he had already captured Nairobi. 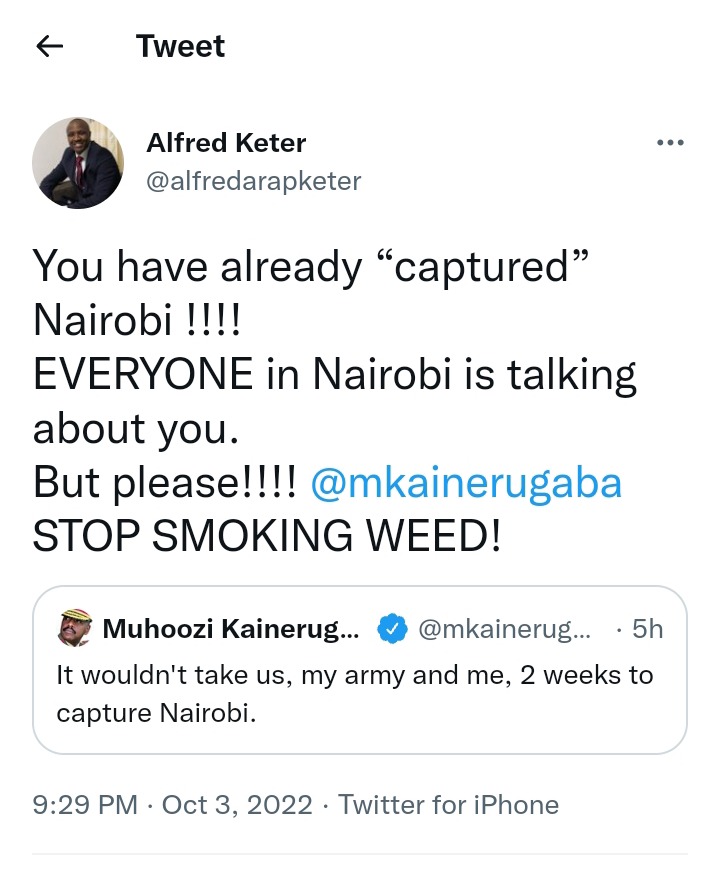 "You have already “captured” Nairobi! Everyone in Nairobi is talking about you but please Muhoozi Kainerugaba, stop taking weed," a seemingly unimpressed Keter wrote.

Content created and supplied by: Asha (via Opera News )