A battle of titans is expected among political heavyweights seeking the Kiambu county gubernatorial seat in general election slated for August 9th 2022. The county's political race is important since it's the home county of President Uhuru Kenyatta and his family. 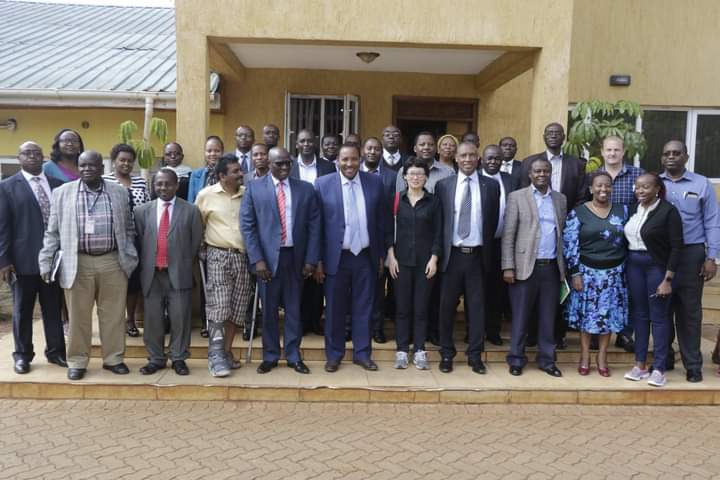 Some of the gubernatorial hopefuls have been traversing the vast and populous region, holding low-key meetings with their strategists and residents while trying to sell their agendas and rally locals’ support.

But a poll conducted by Mizani Africa has shown that the incumbent Governor is the man to beat in the comparative analysis of most preferred gubernatorial aspirants if elections were held today. 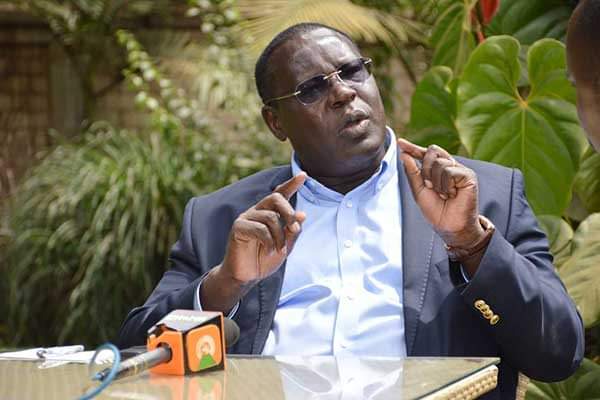 James Nyoro defeated his competitors in the poll by garnering 40.7 percent. Nyoro was sworn in on Friday, January 31 2021 as the new and third Governor of Kiambu County following the successful impeachment of Ferdinand Waititu. He was followed closely by Wainaina Jungle who got 27.1 percent support. 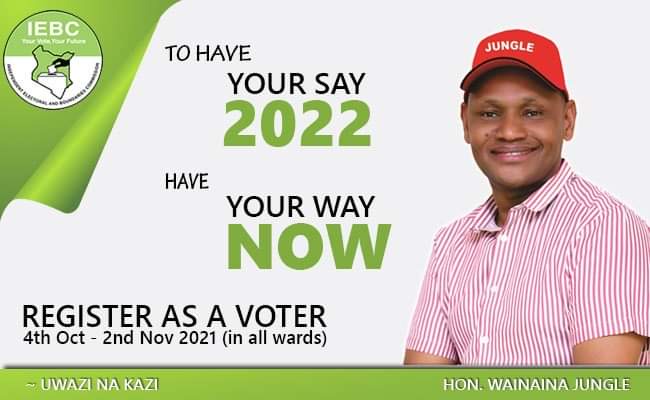 Former Governor Ferdinand Waititu who was impeached on 29th January 2021 following an overwhelming vote by the Senate only managed 3.6 percent support. Waititu was impeached after being accused of three charges among them gross violation of the constitution, abuse of office and crime under the national law. 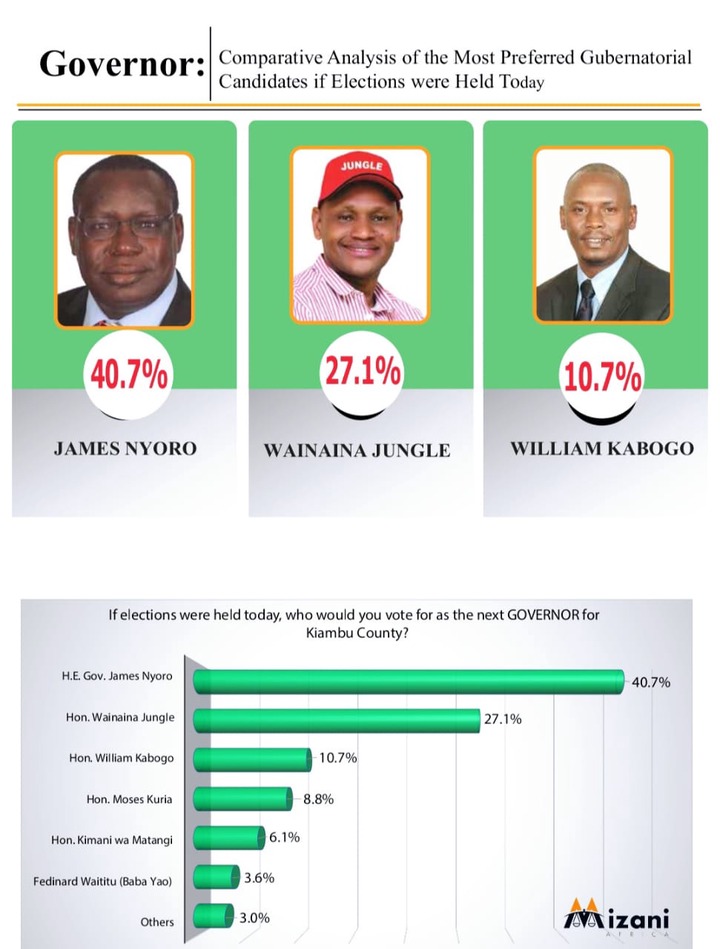