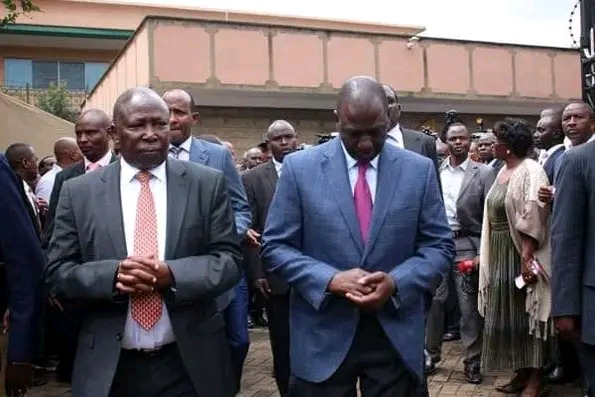 He has been in the game for over four decades since 1979, when he was elected as Ngara ward Councillor in the now defunct Nairobi City Council. Since then, Nominated MP Maina Kamanda has never left the stage.

One of the longest serving politicians in the country today, Kamanda is one of the key pillars of the Azimio la Umoja presidential candidate Raila Odinga's campaign machinery.

But even as he vigorously campaigns for the former Prime Minister's bid to succeed President Uhuru Kenyatta after the August 9 general election, the former Starehe MP will not be contesting for any elective position.

Initially, the former Sports Minister under the President Mwai Kibaki regime had declared his bid for Nairobi Senator position come the August 9 poll. But after Azimio la Umoja power deal in Nairobi County was struck by President Kenyatta and Raila, Kamanda had to bow out of the race in favour of ODM secretary general Edwin Sifuna.

Now, the legislator is among senior most politicians in the country, who will not be on the ballot come the next poll. But what next for him? If Raila forms the next Government, Kamanda will surely land a top job in the Azimio la Umoja adminstration. If not, he will disappear into political oblivion, never to recover again.

4 Counties That Might Make Raila Odinga The 5th President