By Annnjeri (self meida writer) | 10 days

The long standoff that had ensued between senators and members of the national assembly on some sections of the building bridges initiative has come to an end after the intervention of experts.

Parliament had been expected to dispense the bill by April 4th which could have resulted to a referendum before mid year but the stalemate between the two houses had halted the plans.

The main conflict of interest arose when senators argued that parliament's role in constitutional amendments could not be ceremonial and wanted the bill to be reopened which was contrary to what members in national assembly wanted. 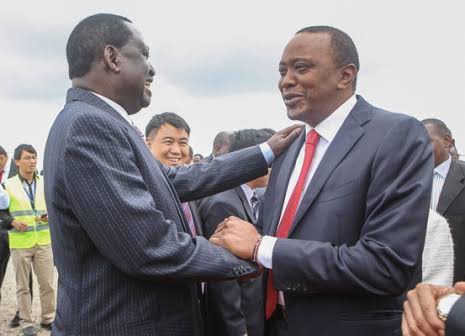 It has however taken the consultation of legal and constitutional experts to bring to an end the conflicts with Prof Patricia Kaveri and Dr Collins Odote playing a significant role in advising the parliament on the issues.

Senators and Members of the National assembly have struck an agreement not to amend the constitution of Kenya 2020 with Senator Mutula Kilonzo junior confirming the same.

"Some of us have even met some of the people who sat in that committee of experts and the idea of Parliament attempting to move a comma is not possible,The senators were arguing, that the role of Parliament can’t be ceremonial. The question is, how ceremonial, what else can you do? Hence the engagement of the experts."Mutula Kilonzo said.

Uproar As David Murathe And Edwin Sifuna Says This About Philip Murgor's Interview For CJ Position.