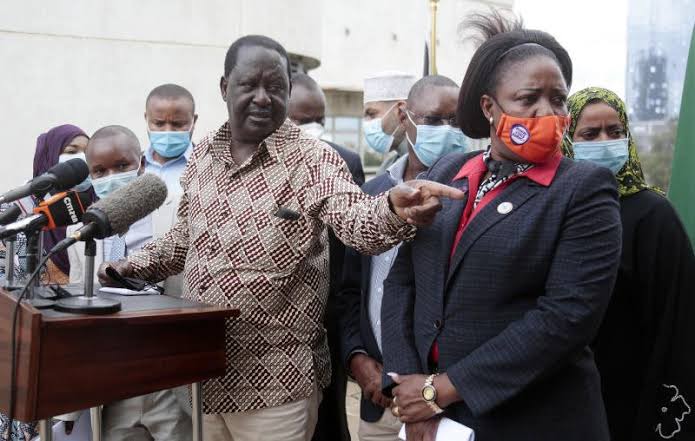 High Court of Kenya ruling against BBI has unsettled so many people but as well recent by-elections has left ODM party thinking on the value of the partnership between ODM and Jubilee party through handshake. It's clear Raila Odinga was the first one to hit out at CS Fred Matiangi for using police like his own militia in the recently concluded by-elections.

Today as well ODM Secretary General Edwin Sifuna has also hit out at CS Fred Matiangi asking for his sacking from government for running the police service like his own militia or a terrorist group. This is the clearest indication that Raila Odinga is ready to abandon BBI and focus on his 2022 statehouse bid ambitions.

Edwin Sifuna was categorical in his statement that ODM MPs will not be used to defend BBI even from attacks by those surrounding president Uhuru Kenyatta. He was specific in his tweet that CS Fred Matiangi should just face the axe if BBI is to ever succeed as he is an impediment.

Raila Odinga might also as well not associate himself with BBI going forward as it's ruining his reputation. The fact that BBI has been used to settle political scores against DP Ruto as well the fact that it's unconstitutional leaves ODM really with no options but to abandon BBI and Focus more on his future politically.

ODM as well have no business expecting Uhuru Kenyatta to endorse them as clearly he has no numbers on the ground. He has been left naked politically as was clearly demonstrated by the by-elections which happened in Rurii ward as well Juja Constituency by-election where his jubilee party lost terribly despite them using the police to scare the people. 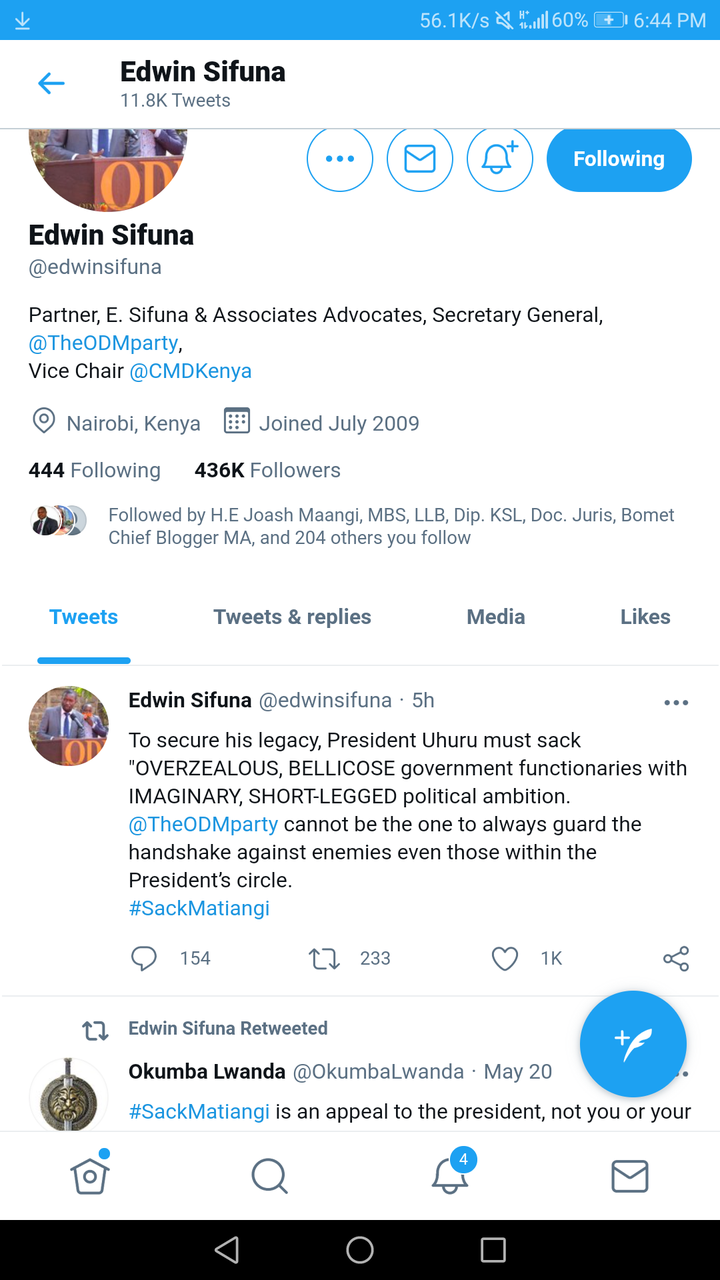 Huge Setback to Mudavadi Ahead of 2022 General Elections

Details of What Ruto Plans to do on Saturday Emerges, Murkomen Prepares to do This