Raila Odinga, the frontrunner representing the Azimio One Kenya Alliance, is the most popular presidential candidate, according to a recent Trends and Insights Africa (TIFA) poll. 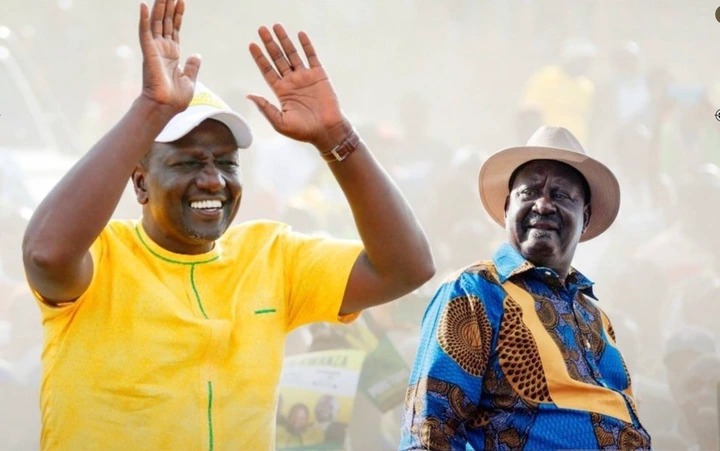 According to the recent surveys, DP Ruto's popularity has decreased, while that of Deputy President William Ruto has increased since the last Tifa poll.

Tifa also shows that the United Democratic Alliance (UDA) has the support of 29% of Kenyans, or more than one-third of the nation.

The Orange Democratic Movement Party came in second with 25%, or one-quarter of Kenyans, according to the research.

Thirteen percent of Kenyans are still undecided about their favorite political party, while 18 percent do not associate with any party.

"In terms of national geography, only ODM and UDA can claim enormous wide support," Wolf remarked.

According to the study, Azimio has 38 percent support for political coalitions, Kenya Kwanza has 28 percent, OKA has 3 percent, and Undecided has 31 percent.

The survey, which was conducted on Tuesday after the period for presidential contenders to select running mates had passed, also found that Azimio La Umoja is strong in five zones, whereas Kenya Kwanza Alliance is popular in four.

According to the report, Odinga still has the backing of older Kenyans.