By Izoo (self media writer) | 2 months ago

A number of political experts have dubbed the 2022 general elections as "extraordinary," claiming that the country has never seen a more difficult race than the one that awaits the country next year. 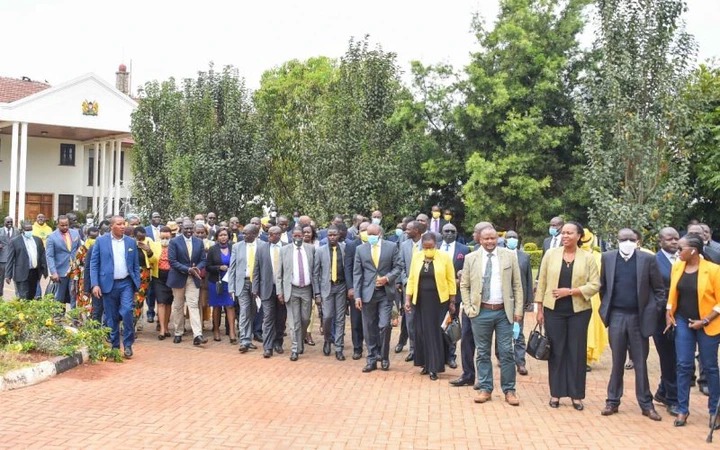 They claim that in previous elections, based on Mount Kenya Region votes, there was an almost clear winner, and that the lack of a clear presidential aspirant from the region has left citizens at a crossroads, despite reports that Deputy President William Ruto has strong support.

According to Peter Kagwanja, a political expert, because 2022 is a transition election, it will be difficult to predict who will win, because Mt Kenya, which is often referred to as the backbone of politics, is split between backing Ruto and ODM leader Raila Odinga.

According to the Nation on Monday, Kagwanja believes that 2022 will be a far cry from 2007 and 2013, because any political leader will join the team that he or she believes will sponsor their victory.

For a long time, Ruto's United Democratic Alliance (UDA) has benefited from leaders who have abandoned Jubilee and pledged to support Ruto's campaign.

According to Kagwanja, "UDA is now dishing out more love," but all of this will come crashing down in February of next year, when political leaders resign from their posts in order to seriously campaign for the polls.

All those leaders who had joined UDA will rush back to Jubilee or their separate regional parties at that point, according to Kagwanja, in order to secure re-election or a fresh election.