As Kenyans are eagerly waiting for the forthcoming general elections so that they may exercise their democratic right through voting in leaders of their choices, political contenders across the country are seen moving up and down campaigning hunting votes for their various elective political positions as MCAs, MPs, Women Reps, Senators and Governors ahead of the polls.

The presidential race on the other hand is not left behind as the race appear to be very tough between the two key contenders the former prime minister Honorable Raila Amollo Odinga and Deputy President William Samoei Ruto. 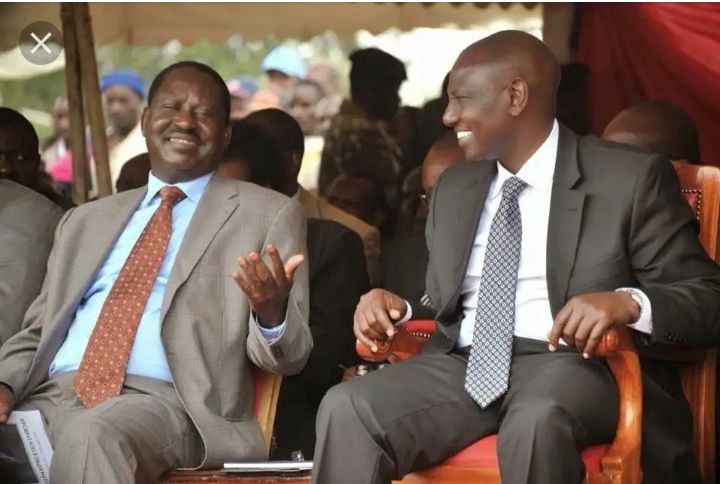 The two frontrunners have made inroads for their political parties in many parts of the country Kenya making them more popular than other presidential candidates who are also warming up for the forthcoming presidency race.

Both Odinga and Deputy Ruto in their giant coalitions Azimio La Umoja-One Kenya Alliance and Kenya Kwanza Alliance are seen busy campaigning selling their manifestos across the country ahead of 9th of the August.

Yesterday the Kenya Kwanza Alliance team took its political campaigns to Western region Mudavadi's home turf. Their rallies across the region attracted large masses of people including some who were not their supporters. 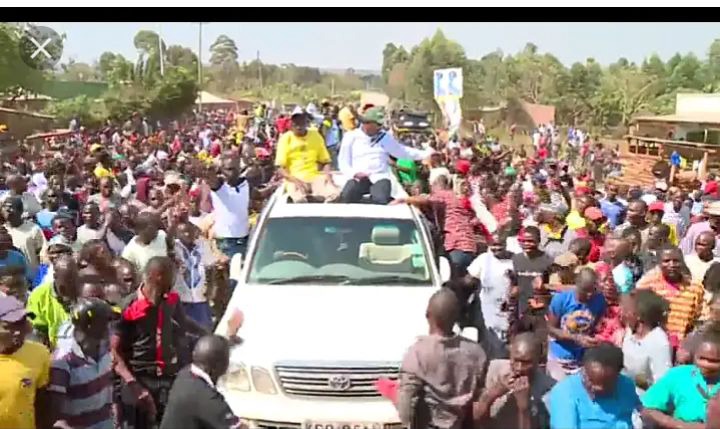 Western region have been known to be among the strongholds of the former prime minister Raila Amollo Odinga as it was seen in the past general elections.

In a video that was uploaded by one of the ODM supporters during the DP Ruto's tour, the Kimilili residents were heard heckling the DP Ruto alongside other Kenya Kwanza Alliance leaders when they were arriving at Kimilili. According to the reports by Philip Etale, this is one of the footages that was hidden by Ruto's men. 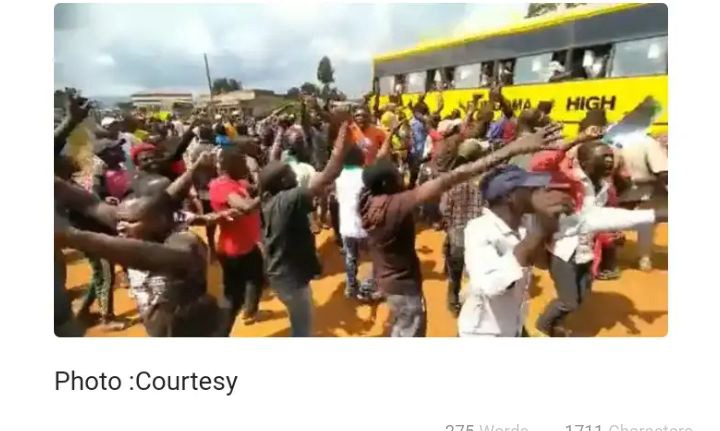 This is coming at a time when both Odinga and Deputy President William Ruto are appealing to each one of them to accept the electoral outcomes to avoid any post elections violence that might as arise. 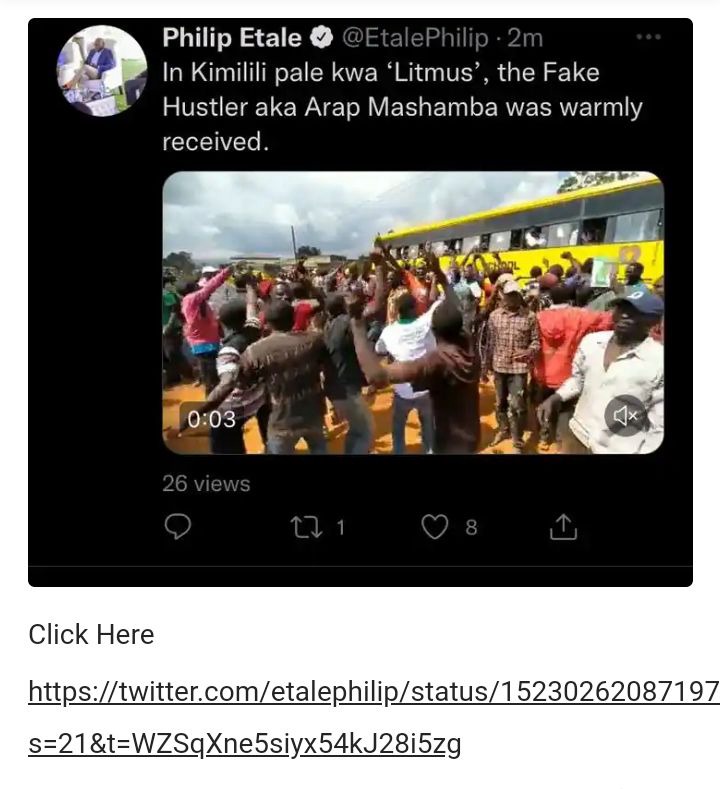