By EverythingKenya (self meida writer) | 25 days 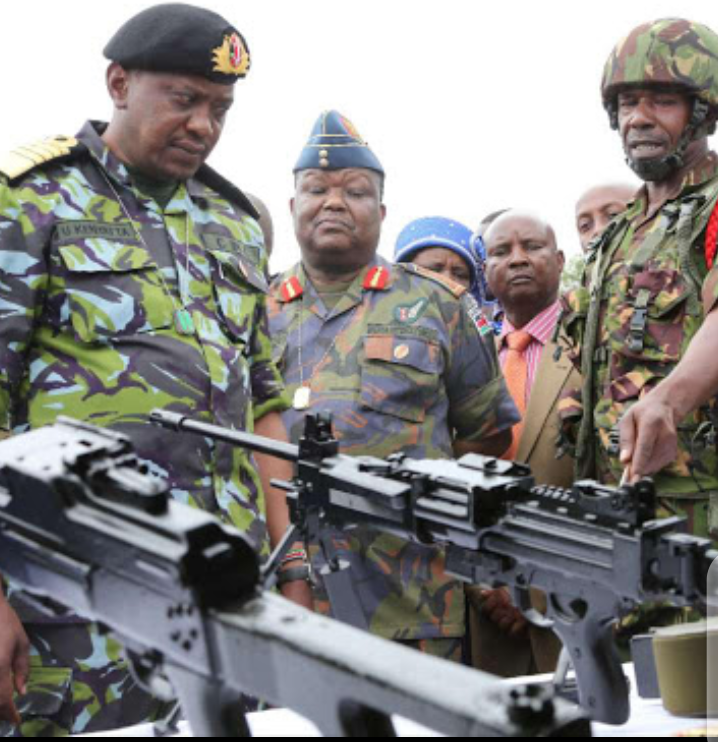 According to Albert, a Professor of World Constitutions and The Director of Constitutional Studies, the basic structures of the Kenyan Constitution was unamendable. 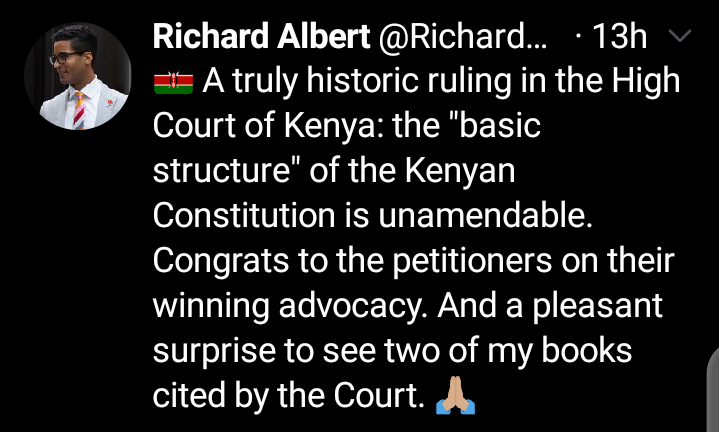 However, President Uhuru Kenyatta who is also the political kingpin of Mt Kenya region had it that, Kenya’s High Court had shot down a plan that was aimed at restructuring the government to make it more inclusive and avert political violence.

On the other hand, Denis Itumbi came up with an allegation that, a political advisor Mutahi Ngunyi, had hinted that President Uhuru Kenyatta was going to use the Military to arrest the Judges who nullified the bbi process.

Itumbi went ahead to condemn the administration for intimidating Kenyans, and selling fear yet Uhuru only had few months to go.

He added that, the Military was always with the People.

During an interview in one of a national TV, Jubilee Party Secretary general Raphael Tuju had it that, Judges needed to learn the word 'interdependence' claiming that, anytime will be making a ruling of such kind, they will always need policemen to escort them home.

According to Oliver Mathenge, Radio Africa Group Digital Editor, Tuju's remarks meant that, the nullification of BBI process by the courts was a threat to national security. 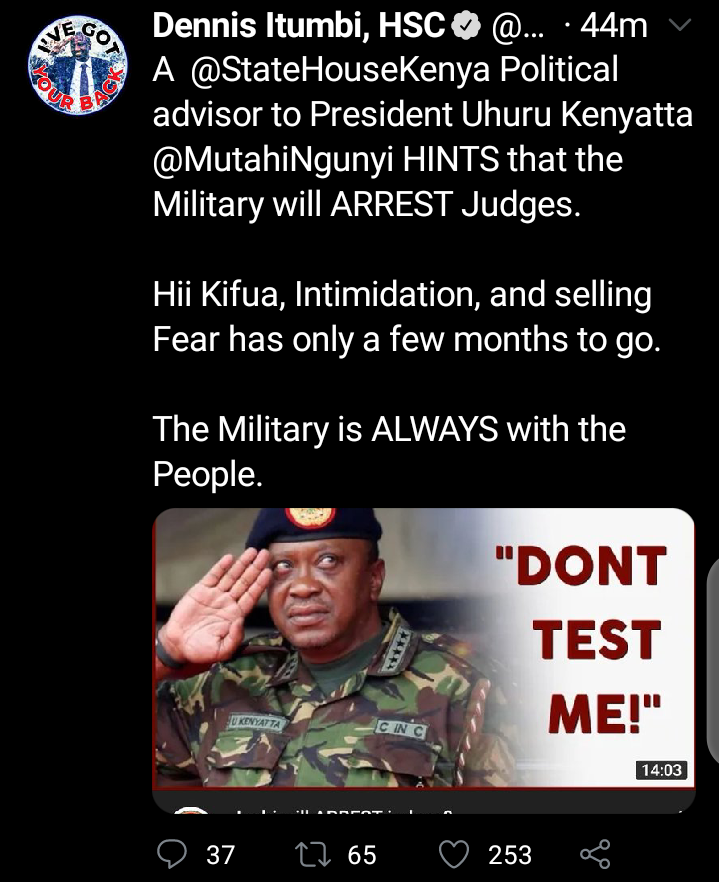