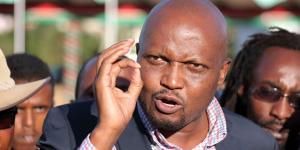 In a Facebook post shared on Monday, October 18, Kuria lauded President Uhuru Kenyatta and stated that Kenya owes him a debt of gratitude ahead of the Mashujaa Day celebrations set to take place in Kirinyaga County this Wednesday.

The ailing lawmaker further wished the President a Happy Mashujaa Day, reminding the Head of State that this will be his last Mashujaa day before handing over power after the August 2022 polls. 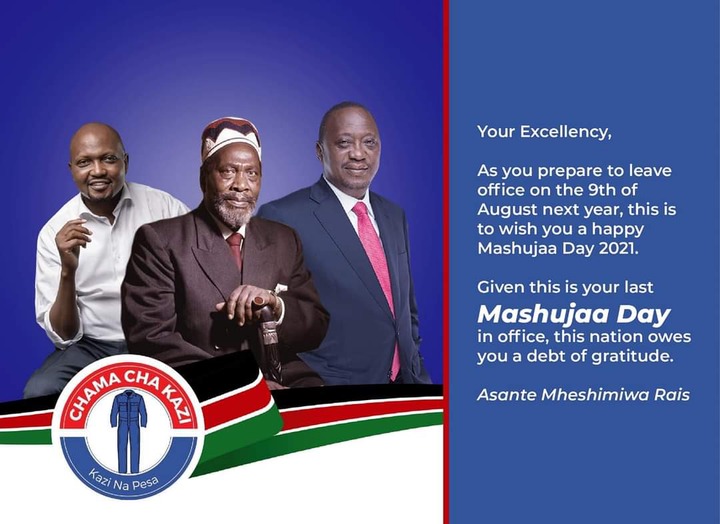 "Given this is your last Mashujaa day in office, this nation owes you a debt of gratitude. Asante Mheshimiwa," he stated.

His post attracted mixed reactions, with others bashing him, claiming that the country was in a bad state under the watch of President Kenyatta.

"Why would you thank someone who has continually milked Kenyans dry leaving them for dead. We have not forgotten you were in charge of the Finance committee that you introduced the Tax bills by force by fire to please your gods, before you started crying like a baby , you are also part of the biggest problem that led to milking Kenyans. Don't pretend to be a saint. Malizeni muende,” Muhia Wamacani stated.

Others echoed his sentiments, stating that President Kenyatta has achieved a lot during his tenure despite the country's challenges.

"However you may criticize President Uhuru as a failure due to petty politics this man Uhuru will go down in the history of this country as a president who tripled the infrastructure connectivity in the country, from the SGR to the express highway, brought ultrasound machines to our local hospital, pregnant women no longer travel to Nairobi for a simple obstetric scan and so much more. Not forgetting the handshake that brought peace in this country," Michael Njuguna stated.

Kuria, affiliated with Deputy President William Ruto, was keen to note that President Kenyatta will be leaving office next year when Kenyans go to the polls.

The lawmaker has been a fierce critic of President Uhuru, faulting him for several decisions, including the Head of State's comments after the court declared the Building Bridges Initiative (BBI) unconstitutional.

"Even Moi was never this unkind and intimidating to the Judiciary. And on no other day than Madaraka Day. Nooo. You are that one person who is gaining by inflicting pain on the nation. Shocking! Frightening! Stay Woke Kenyans!" he posted on his socials.

The MP has been away from the heightened political scenes in the recent days after sustaining leg burns caused by an electric blanket that forced him to undergo surgery. 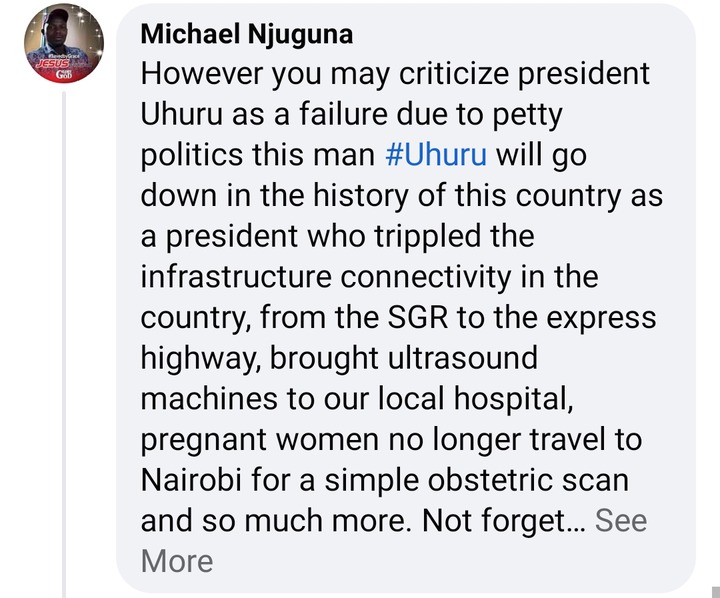 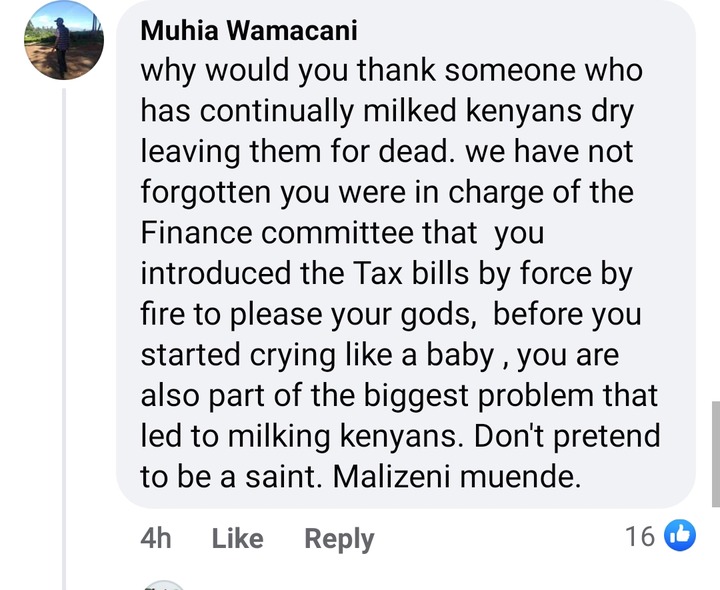 Uko Na Mpenzi? Checkout How Tanasha Donna Responded To a Fan Who Asked Her This Question

What Exactly Is Sin? 2 Categories Of Sin In The Bible?