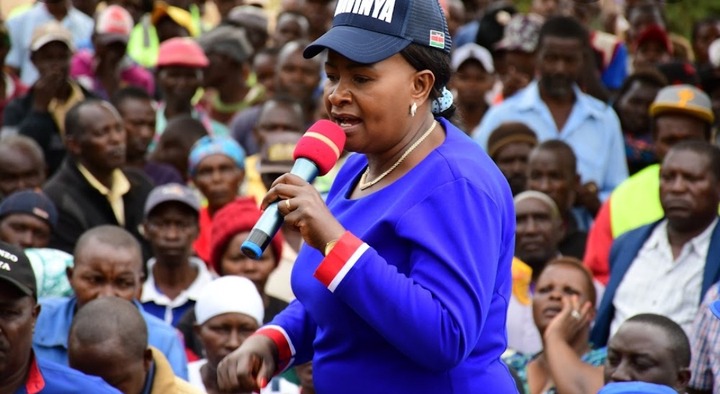 Former Kathiani Mp Hon Wavinya Ndeti has called upon DCI, NCIC and other bodies to arrest, investigate and prosecute Her rival identified as Waita Siwandie, urging that He has been using His goons to send threats to other leaders, while claiming that they should remove wiper or migrate from Machakos.

Ndeti says that the suspect recently told some leaders that He would mutilate and destroy them by attacking them, something that has send shock waves to them and even bringing more troubles in the region, adding that Machakos is made up of many communities which have lived in peace for years, and they will not allow any destruction.

"As we are speaking, I am calling upon the NCIC, DCI and other police departments to target and arrest Waita since He has been claiming that He will attack and even injure wiper leaders who are here, due to His own reasons, and they should move away from Machakos. We have lived in this County which has all 43 tribes and we can't compromise our peace because of one individual. People are trembling. " Ndeti says. 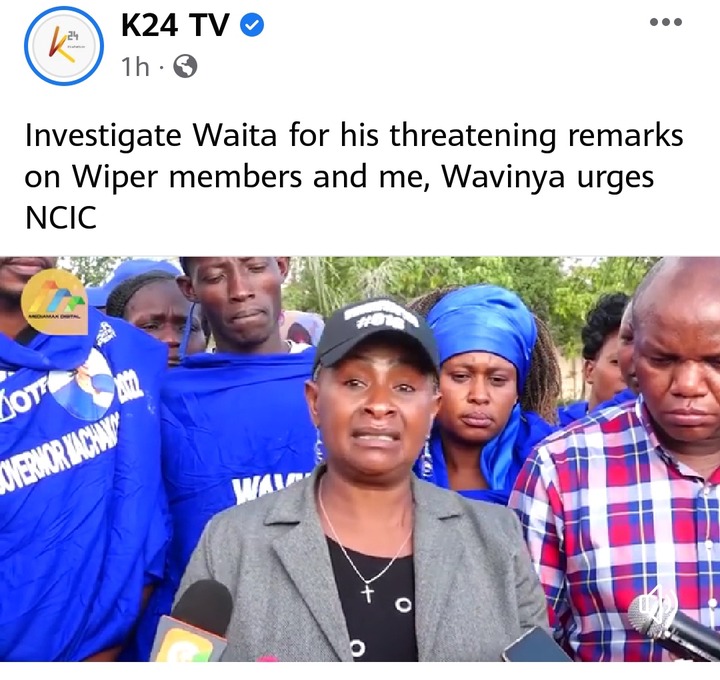 In one of their conversations, Wavinya says that the Siwandie once came overspeeding with His car and hit Her from the back using an elbow when She was waiting for Raila in Machakos, and later got protected by His Bodyguard. She also adds that He said that He was the reason one of the topmost police Bosses was employed in Kenya, and nothing will be done to Him even if they report.

"I remember vividly recently when I was standing with other Wyper members while waiting for Raila, the Man's Cars came speeding and nearly crashed me. He then hit me with His elbow from behind, and claimed that nothing will be done to Him even if we report since He was the reason why one of the most powerful police bosses was employed, hence He will defend Him. "She asserted.

Ndeti was speaking to the press in Machakos today, after a consultative meeting with other Leaders. The link below directs to the Video :