The independent electoral and boundaries commission has announced and issued a certificate to Hon Gladys Wanga. 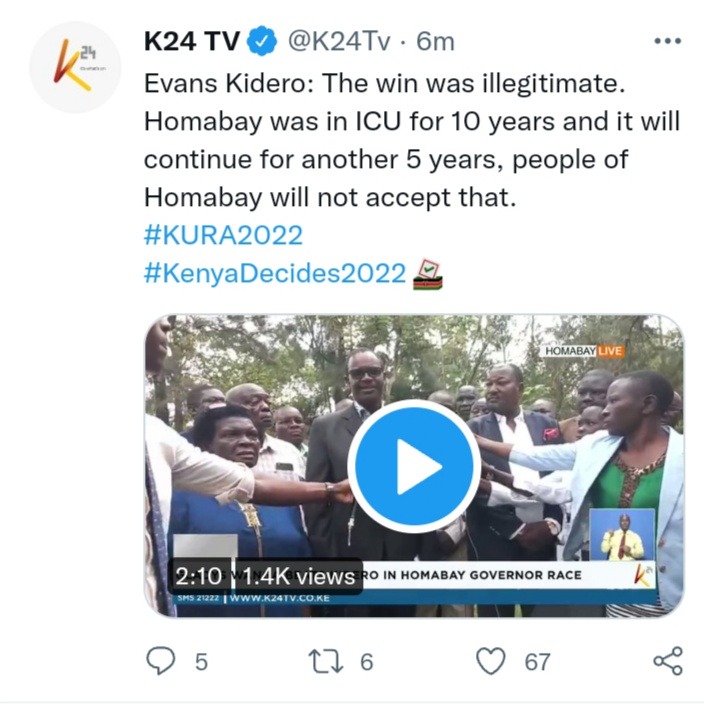 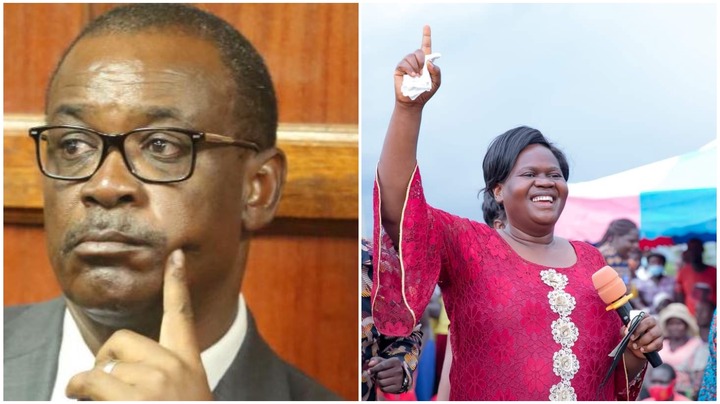 He further stated that his team won in six sub-counties, but the form 37As were not signed and his agents were meted with violence.

He also alleged that his two supporters were killed and the police have not done anything about the same.

The current women representative, Hon Gladys Wanga was vying for the Orange Democratic Movement party after he was given a direct ticket during party primaries.

Dr.Evans Kidero on the other hand was vying as an independent candidate. He had earlier disputed the issuing of direct nomination to the women representative.

The orange democratic party is the dominant party in the Nyanza region. Raila Odinga was rooting for six-piece voting.