With not less than a year to 2022 general elections political muscles are strengthen every now and then. Some politician are still in dilemma on which party to stand on because they still weigh in. ODM leader Raila Odinga has received another setback after Tongaren MP Eseli Simiyu has dismissed claims that he has ditched Ford Kenya for ODM after protracted party wrangles.

According to the reports from the Star, Eseli dismissed rumours doing rounds on social media that he had thrown in the towel and joined ODM.

" I have just arrived from the UK. Those are rumours fuelled by Weta' s [Wetang' ula] team desperately trying to hold onto FK [Ford Kenya], " Eseli said.

Remember that Ford Kenya MP has been a stauch supporter of Wetang' ula since. According to Eseli says that they will make sure Ford Kenya party will be revive back to it original owners. 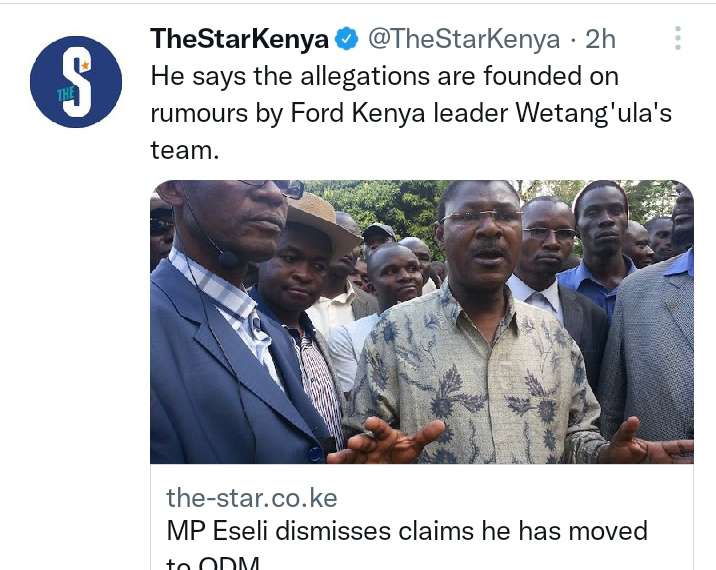 " We will not rest until we ensure we return the party to the real owners, not people who were in Kanu fighting the formation of our party, " he said.

This comes a month after Wetang' ula' s camp held NDC meeting at the Bomas of Kenya and elected new officials, ejecting all those who had earlier taken over the party.

But Eseli said Wetang' ula had gone against an order by the Political Parties Tribunal that had stopped the NDC. 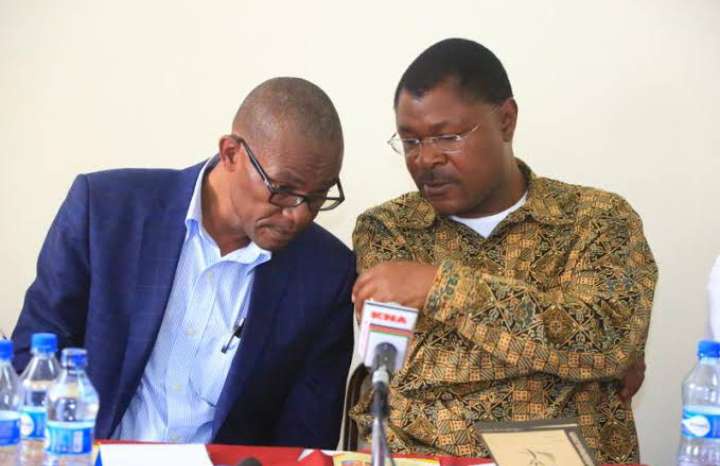 The tribunal had stopped two parallel NDCs, one called by a faction led by Wetang' ula, and the other by Eseli' s wing.

The Eseli team has written to the Registrar of Political Parties not to accept returns of elections from the Wetang' ula faction.

" We don' t expect the Registrar of Political Parties to accept returns in a process that has been stopped by the court, " he said. 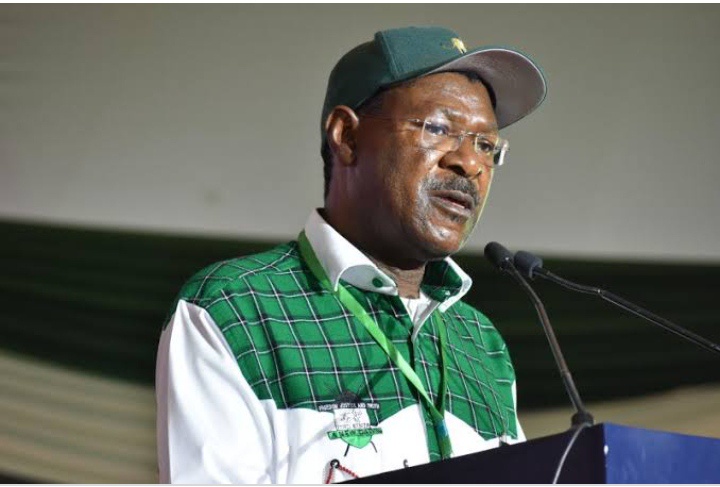 Eseli, Kanduyi MP Wafula Wamunyinyi and Bungoma Governor Wycliffe Wangamati have been engaged in a protracted battle with Wetang' ula over party leadership after they attempted to remove him.

Some of those who were on Eseli' s side have since ditched Ford Kenya and joined UDA, while others have been sending mixed signals.

Rescue mission for, Tom Okwach, still trapped for 55 days, stop due to lack of capital

How Man Built Two Bedroom House at a Cost of Kshs 1.7 M

Kalonzo Alleges What Mudavadi And Weta Did Before Bomas Rally(Video)