Murkomen Spells Doom for the BBI With This New Damning Claim

By MasterBeast (self media writer) | 8 months ago 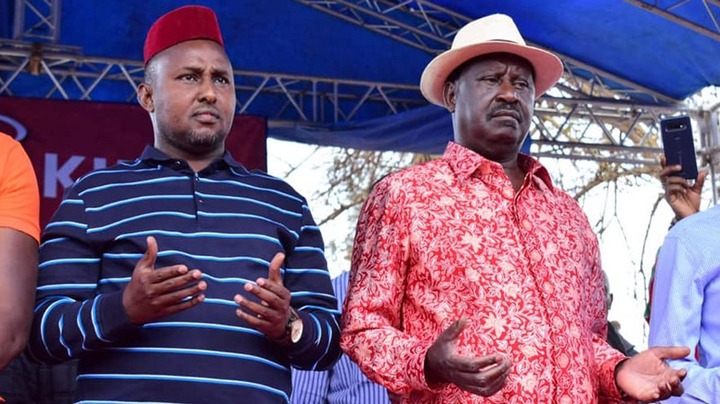 The proponents of the controversial Building Bridges Initiative popularly known as the BBI led by the lieutenants of president Uhuru Kenyatta and former Prime Minister Raila Odinga were sent back to the drawing board on Thursday after a five-judge bench of the High Court declared the initiative as null.

The judges declared the scathing rule terming the report as an illegal one and a violation of the constitution. The ruling which has now become a matter of contention as the BBI secretariat led by Suna East MP Junet Mohammed have already vowed to appeal the ruling. Majority of the BBI supporters are optimistic that they will win against the BBI nullification.

Someone like ODM blogger Disembe Dikembe have opined that they will eventually succeed in the constitutional changes regardless of how long the court case take.

In the contrary, most of the report's opponents like Murang'a senator Irungu Kang'ata and Senior Council Ahmednasir Abdullahi have already cast doubts on the appeal arguing that it will be an uphill task to overturn the High Court decision in the court of appeal.

Amidst these divergent news, one of Ruto's allies, senator Kipchumba Murkomen has made a new revelation which might make it even harder to hold the BBI referendum before the 2022 General Elections.

According to Murkomen who is a lawyer by profession, there is no a credible constitutional process which will allow for the BBI referendum to be held in 2021.

"There is no credible Constitutional process that makes it possible for a Constitution of Kenya Amendment Bill Referendum to be held in the YEAR 2021!," penned the senator via twitter.

Murkomen's message have elicited mixed reactions between the proponents and the opponents of the BBI on twitter as seen;

John mwaura: But our president have been trying to make Kenyan constitution personal and private, and he should be sued for breaking the law, many people are suffering due to his recklessness.

Kesil: Let Murkomen focus on his county where floods sweep people every year courtesy of absence of dams courtesy of "only 7 b was lost"

Gitaka: It can be the seventh ballot in 22.

Content created and supplied by: MasterBeast (via Opera News )