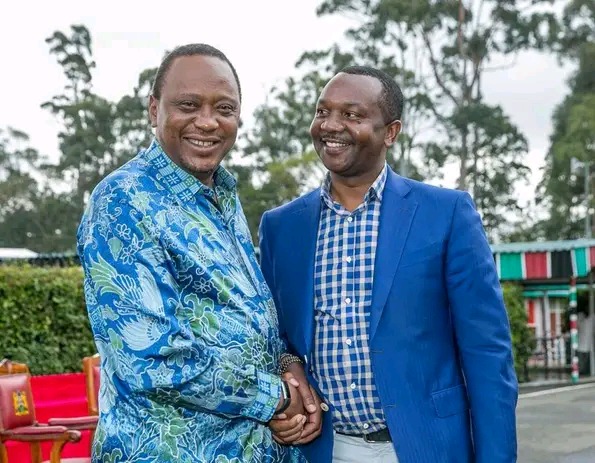 He briefly exited Nairobi County politics with a bang just the same way he had entered in 2013, when he was overwhelmingly elected as Dagoretti South MP.

While riding on the TNA party popularity in some regions of the capital city, Dennis Waweru was easily elected to Parliament. In the Jubilee Government, he became one of the key figures, both Inside and outside Parliament.

With his rising political star, Waweru was even convinced that he was ripe for the Nairobi Governor position. And so, come the 2017 general election, he was among those who had expressed interest to challenge the then Governor Evans Kidero, for the position. After President Uhuru Kenyatta's intervention, he shelved his ambitions.

Back in Dagoretti South, his long time rival John Kiarie, had taken the ground and was plotting for his downfall. During the Jubilee Party nominations, KJ pulled a shocker as Waweru fell down with a thud. It was a shock win that no one saw coming.

Though Waweru opted to run as an independent candidate, it was too little, too late as Kiarie was elected to Parliament.

After five years in the cold, Waweru is back with a bang, ready to confirm that he is the king of the jungle. With Azimio la Umoja coalition ready for a complete takeover of the capital city, the former legislator could be one of the biggest beneficiaries.

Now flying the Jubilee Party ticket, Waweru is a man on a mission to oust KJ, who is defending his seat on a UDA party ticket.

As it stands, the bitter political rivalry pitting President Uhuru Kenyatta and Deputy President William Ruto , will play out in Dagoretti South.

Reasons Why Joho, Tuju, Junet and Alai Are Trending on Twitter