By BreakingNewsChannel (self media writer) | 2 months ago 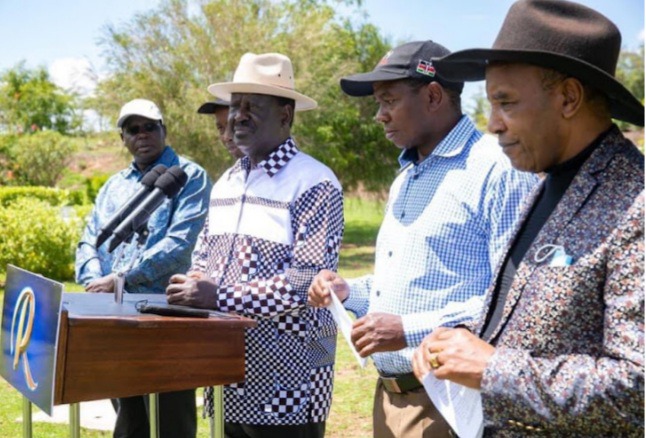 Mount Kenya governors allied with President Uhuru Kenyatta have accused Deputy President William Ruto of campaigns of abuse and defamation against them.

In a statement Tuesday, Central Region Economic Bloc chairman Francis Kimemia, on behalf of the governors, accused the vice-president of using "unsavory" language against the Mount Kenya rulers for allegedly supported and welcomed the visits of former Prime Minister Raila Odinga to the region.

"These explosions are unworthy of the office and the incumbent of the post of vice president and go against chapter six of the Constitution of Kenya," Kimemia said.

This unprofessional conduct is likely to provoke acts of violence and undermine the rule of law. The office of the vice president must be respected but we will not allow any manipulation and intimidation of our innocent people on the basis of lies and innuendo.

He added that the people of Mount Kenya have the right to make political choices, which he says has not been left to anyone.

"The governors being the main political actors, in consultation with other leaders in the region, have a sacred obligation to guide their people who will then make their choices and directions independently," Kimemia said.

The idea that the region had already chosen a candidate or did not have the capacity to think for itself is totally misplaced. The region boasts some of the best thinkers and leaders under President Uhuru Kenyatta, and will certainly redefine and consolidate their political destiny.

"We urge all who seek elected political office to defend tolerance, civility, integrity and the rule of law and we urge all institutions responsible for national cohesion, the rule of law and security to intensify surveillance and to take appropriate and immediate legal action without fear or favor,” he concluded.