William Ruto, the deputy president, has not yet been recognized by His Excellency the Head of State president Uhuru Kenyatta as the president-elect. This has been predicted by renowned High Court advocate and lawyer Steve Ogolla. 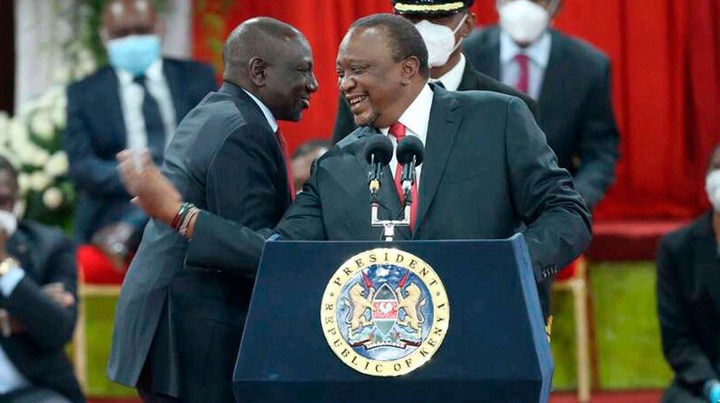 Top constitutional expert Steve Ogolla claims that because William Ruto is the chairperson of the Azimio la Umoja One Kenya Alliance council, His Excellency the Head of State president Uhuru Kenyatta is yet to accept Ruto's presidency.

The presidential candidate for the Azimio la Umoja One Kenya Alliance has already stated that he will challenge the outcome of the election that his estranged deputy president won.

In order to strike a balance and avoid placing Raila Odinga in a politically awkward situation, he may say, "At this advanced level, the commission has made a declaration of the president-elect, I join them in congratulating him but this does not entail endorsement as finality. But he also must be careful not to overprotect Raila lest he endanger the peace and unity of the nation, according to Mr. Ogolla.

Two days after the Independent Electoral and Boundaries Commission (IEBC) declared William Ruto the victor of the August 9, 2022 elections, President Uhuru Kenyatta has failed to officially congratulate him. 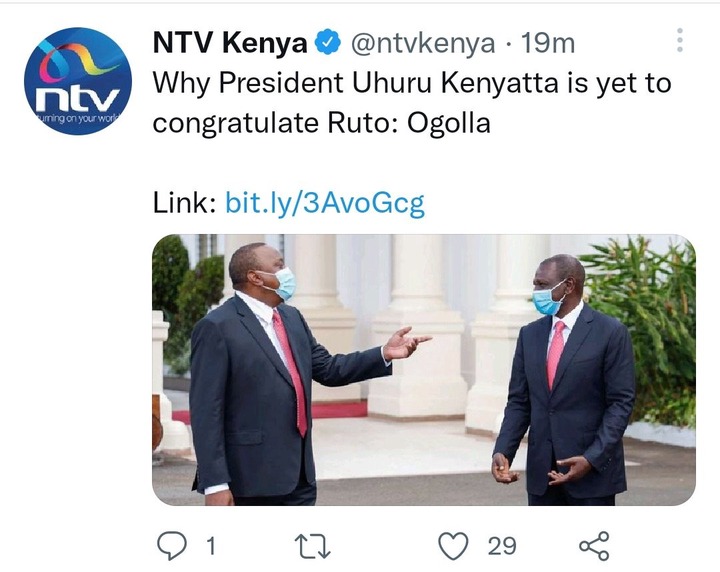 The election was declared won by the President-elect with 7,176,141 votes cast, or 50.59 percent of all valid ballots cast, according to IEBC chairman Wafula Chebukati.

Only three IEBC commissioners, including Chebukati, were present at the tallying center at the time of the announcement. The other four had left to reject the findings at a different press conference.

The announcement made by the chairperson was "illegal because he did not have a quorum of commissioners to hold a plenary and make such a significant decision," according to Makau Mutua, an Odinga spokeswoman.

Kenyan President Who Was Almost Introduced To Freemasonry