By FinestNews.Com (self media writer) | 4 months ago

A day after the Amani National Congress and FORD-K party leaders Hon Musalia Mudavadi and Senator Moses Wetangula respectively publicly announced their working together with the Deputy President William Ruto, the hot debate has now risen on if the merging of the three parties will guarantee DP Ruto's victory as the next President. 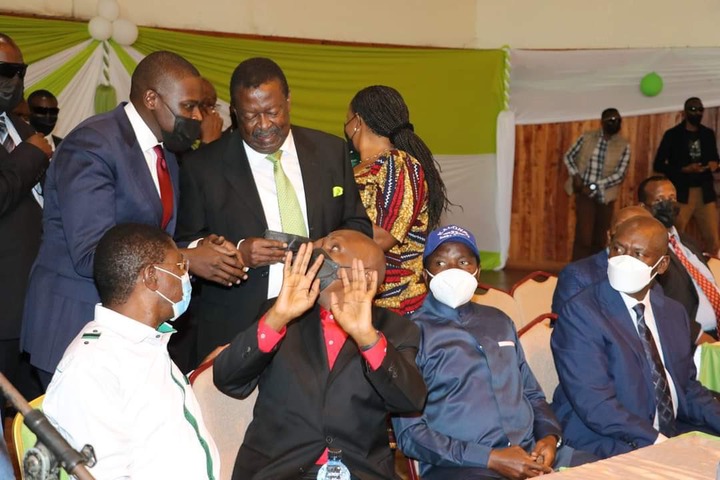 To some Kenyans, the move by the two leaders from Western Kenya to join Deputy President will make him more popular in the region which has been formerly perceived to be one of the Hon Raila Odinga's ODM Party strongholds. During the ANC NDC meeting at Bomas, most speakers said that the decision was tactical that will ensure DP Ruto forming the next government.

On the other hand, Kenyans and leaders supporting UhuRaila's Handshake and Azimio la Umoja have ignored and trashed the union of the three parties. According to their arguments, Western region will always remain Baba's bedroom since the two Luhya brothers have no strong command of votes from the region.

Mutahi Ngunyi who is the political analyst on his twitter account has claimed that Mudavadi and Wetangula joining DP Ruto has no any impact in what Ruto will get in the August 9 General elections. 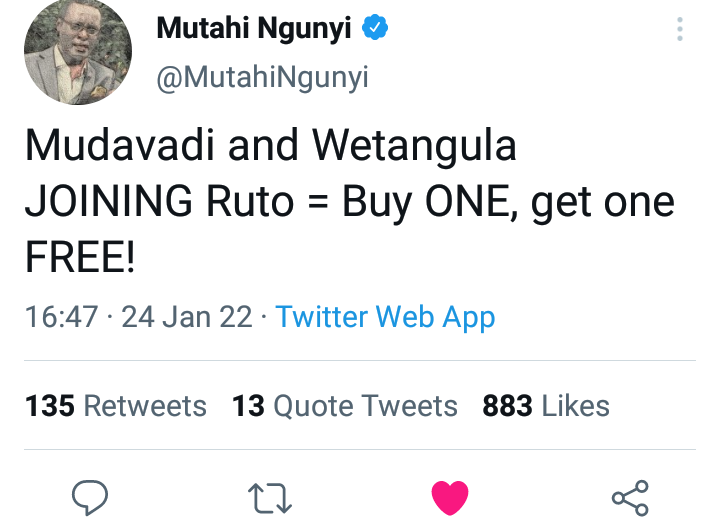 "Shika Adabu, Freedom Is Coming" An Angry Mohammed Ali Delivers A Stern Warning Ahead Of Elections

"We Are Unapologetic" says Narok Women's Rep Soipan Tuiya in response to the August polls.

Opinion: Why Raila Odinga Stands a Better Chance Of Becoming The Fifth President Of Kenya