Is Kremlin the Russian equivalent of the White House?

By Jonemike (self media writer) | 14 days ago 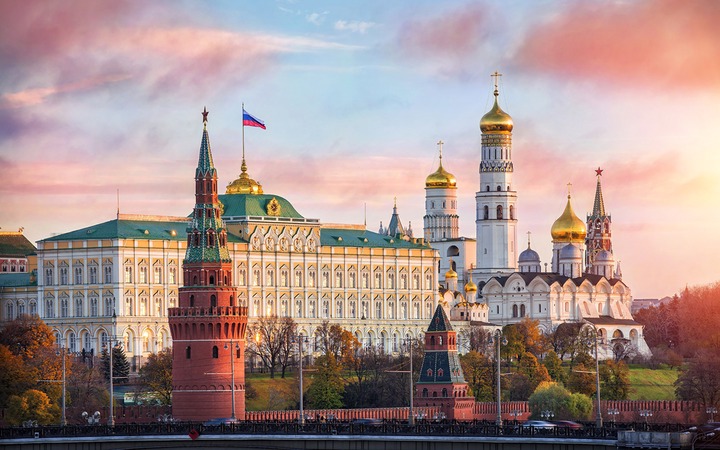 The Moscow Kremlin was built in 1482-1495. It is situated on the high left bank of the Moskva River, where the river Neglinnaya flows into it. 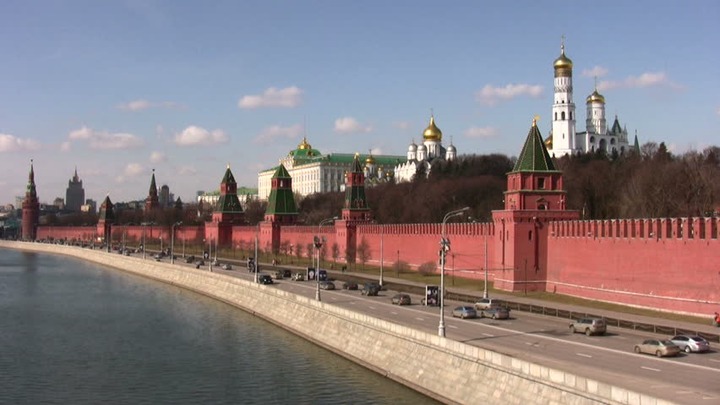 Just as the White House in Washington, the Kremlin in Moscow is the official residence of the President of the Russian Federation.

If you look at the Kremlin's plan, you will see that it is an irregular triangle with the area of 27.5 hectares. 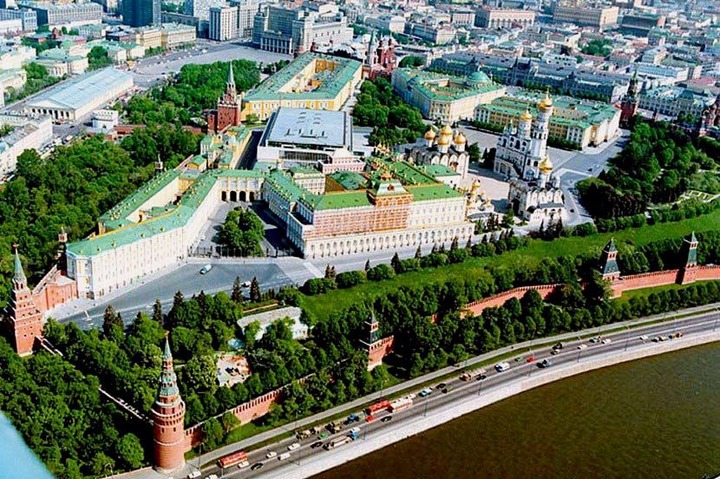 From the south of the Kremlin there is the Moskva River, in the northwest there is Alexander Gardens, and in the east there is Red Square. 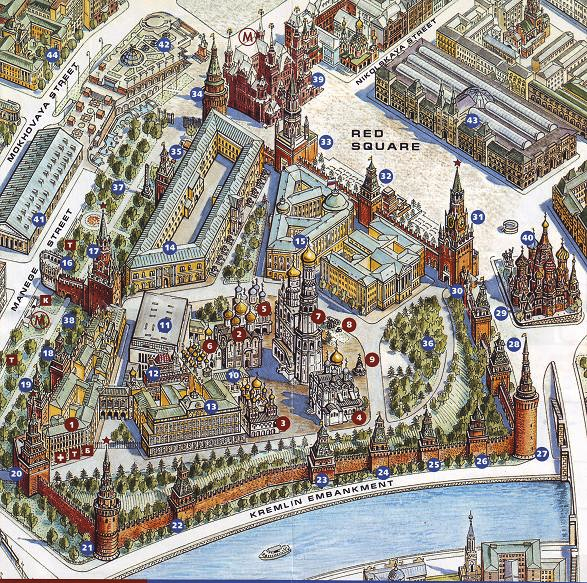 The present red walls and towers of the Kremlin were built in 1485-1516. At the top the wall is decorated with the teeth in the form of a swallow's tail. On the outer side the wall is smooth and the inner side of the wall is framed with arched recesses for reinforcement and facilitating the construction. In the Kremlin there are five palaces and four cathedrals. 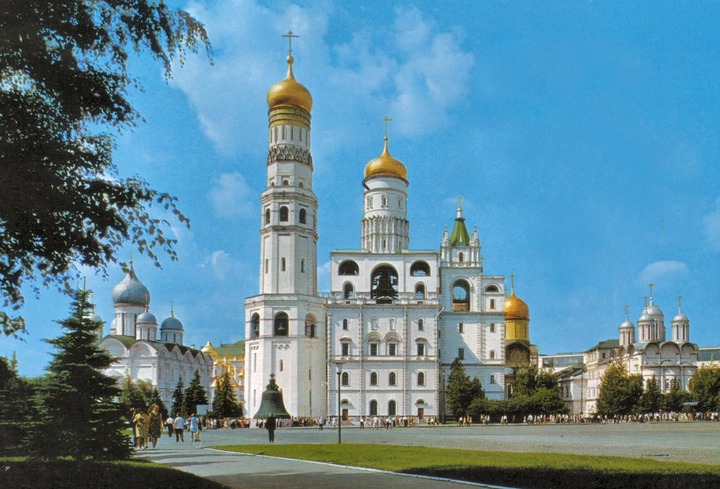 The construction of the Moscow Kremlin as a red-brick stone fortress began in the late 15th century. At that time Ivan III ruled over the united Russian state, and he invited Italian architects to supervise the reconstruction of the Kremlin. The newly-built stronghold was a massive brick wall with 20 towers. It surrounded the most important buildings, the construction of which was continued later. Now the Kremlin is one of the most ancient parts of the city.

Kremlin means fortress inside a city,it came during the empire of Joch.Although Putin also works from home,and sometimes sleeps in his office.The office of the president is located in the senate palace of Moscow Kremlin.Infact an average Russian would struggle to name the exact palace of the Kremlin that houses Putin's office,it's not a secret but it is not often repeated fact either. 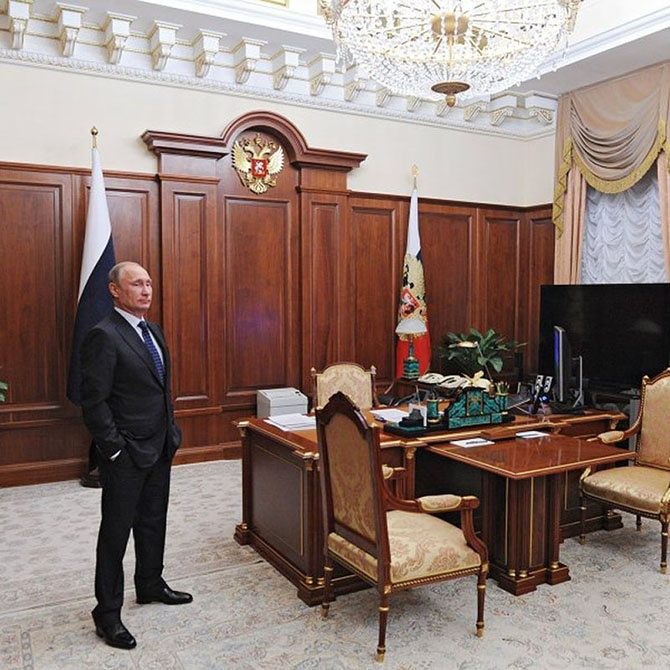 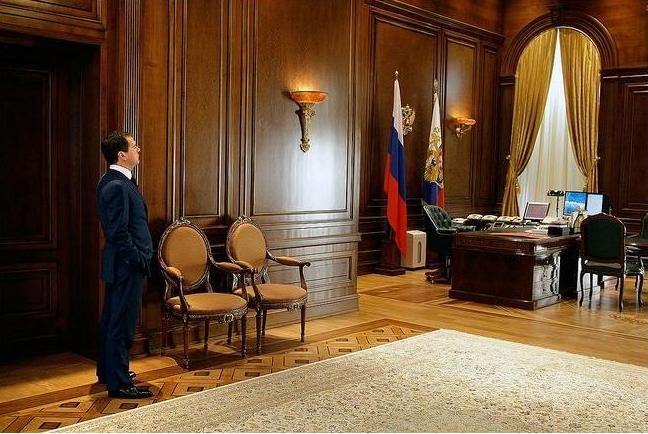 The federal government owns a number of residences near Moscow that the president may use.And one of those estates becomes the residence of the former president after their retirement, until their demise.So they don't have a single definitive residence for the incumbent president.Boris Yeltsin lived in a residence called Gorky-9 which is now used by Dmitry Medvedev.Putin mostly uses the Novo Orgaryovo residence.

Technically the US President also lives and works in two separate buildings though they are connected through a long corridor.Those buildings were mostly erected in the last centuries(the senate palace was built in the 18th century).And they represent the tastes of their eras.

The vibrant or otherwise attractive colors(including the white color)were customary for the buildings of the Russian elites while the basic wooden housing of the less privileged were unpainted and dark. 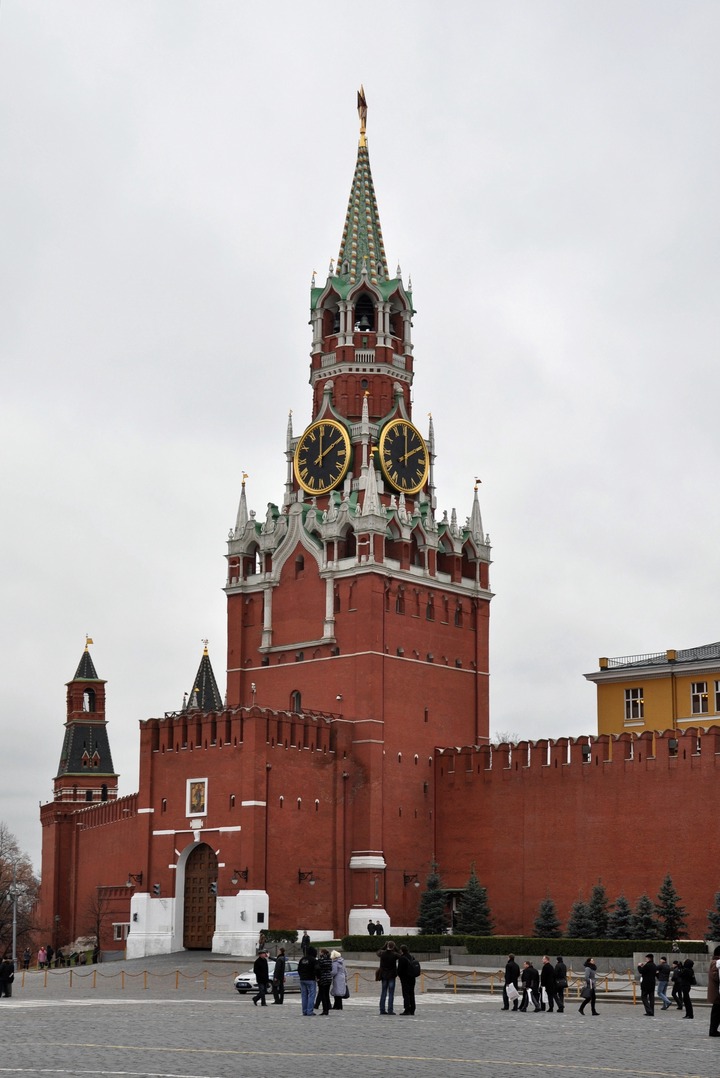 In conclusion, Putin works in the Kremlin therefore it is the closest thing to the US white house.And it is used for the most formal events which includes; 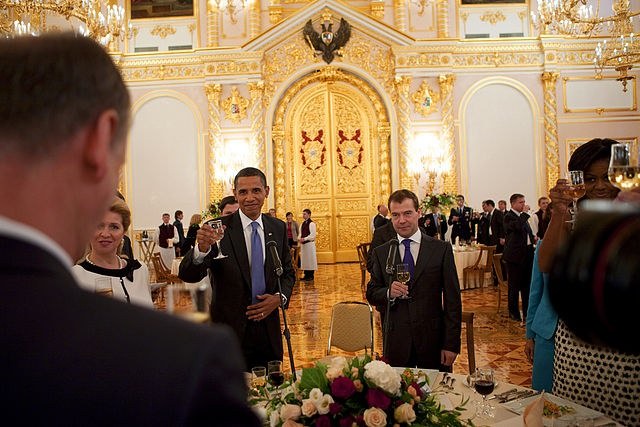 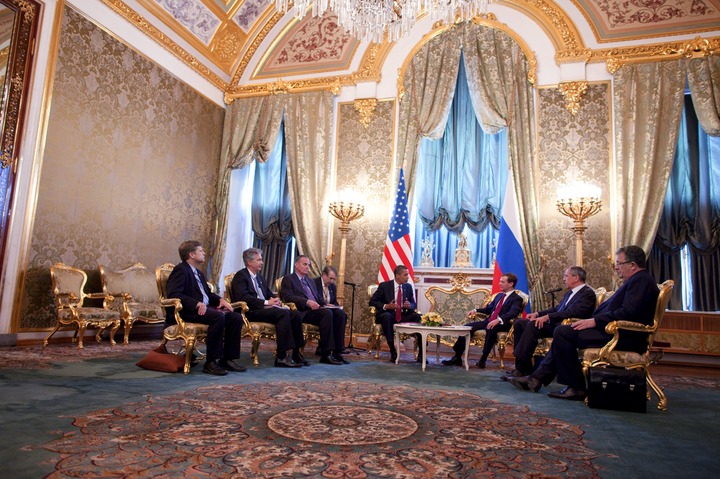 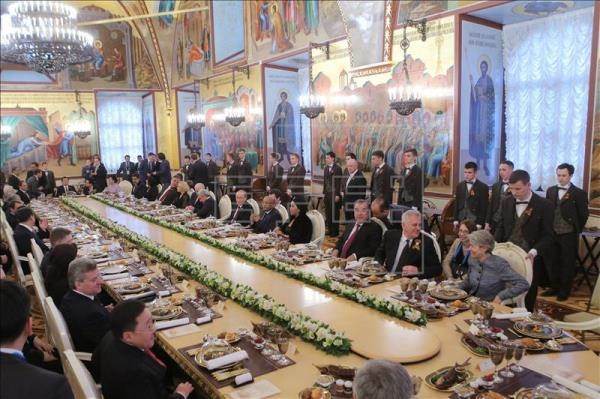 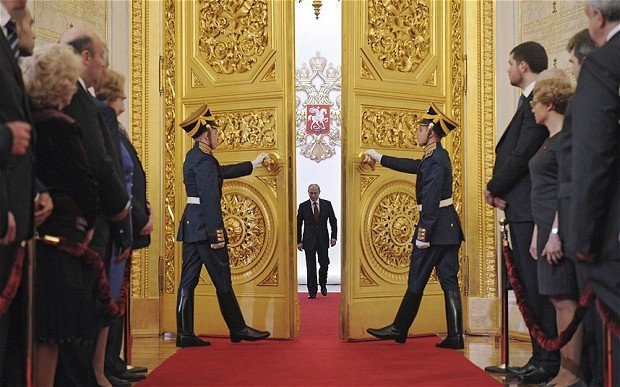 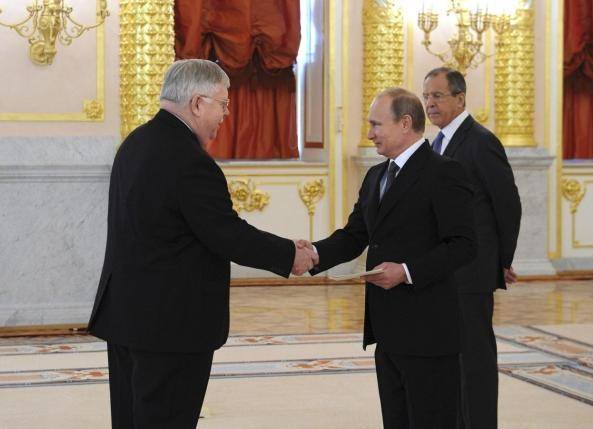 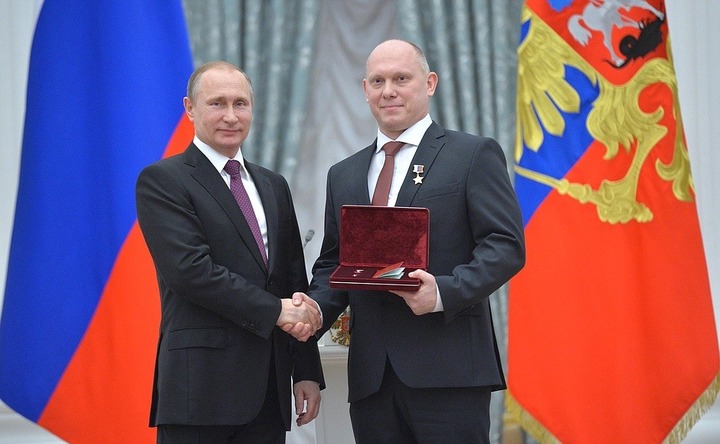 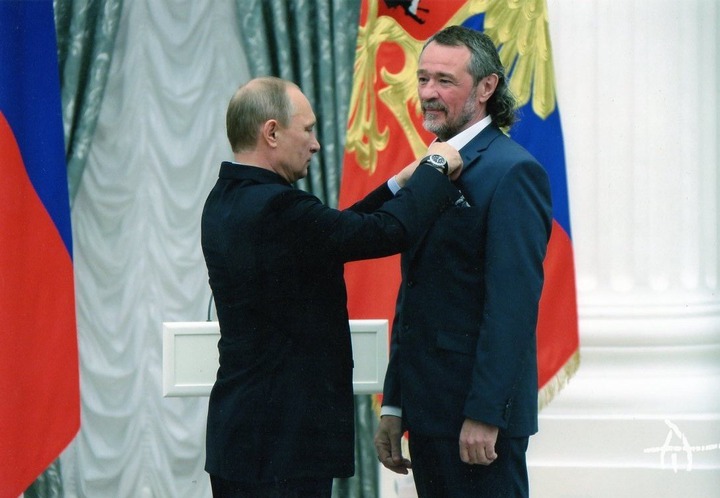 The Kremlin has churches,Museum and a concert hall that are open to the general public. 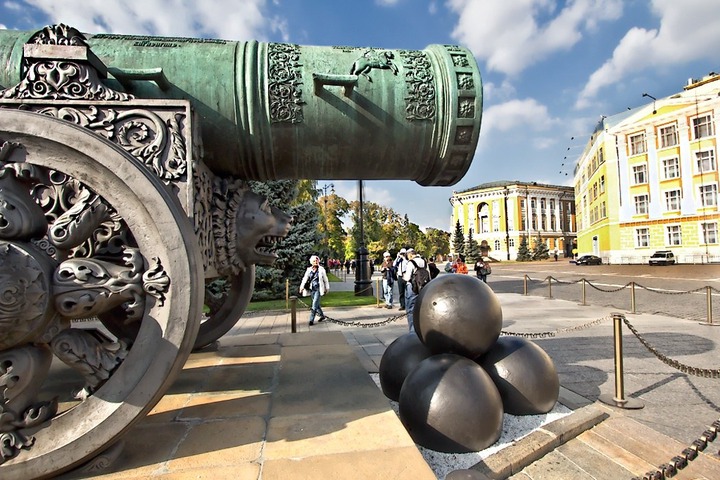 Why Marrying Or Getting Married Because Of Wealth Is A Source Of A Dispute.