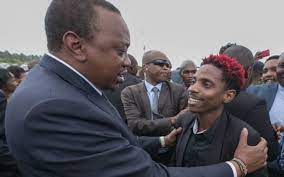 He posted the comments on Instagram alongside a photo of President Kenyatta grasping him by the shoulders.

“The president held me by the shoulders, looked me straight in the eye, shook me thrice, and said, ‘Kula bwana mwili ni mifupa tupu (you need to eat, this body is just bones).’ That day I went home got a meal plan and bought a gym. The rest is history.”

With about a decade and a half of acting experience, Omondi, 40, began as a scrawny young man, but he has since gained significant weight, owing to what he said were frequent gym sessions and a strict diet. 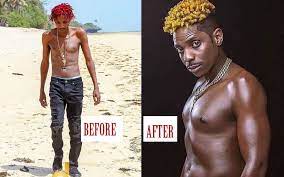 In a 2020 interview, Omondi stated that he will force himself to eat more. He used to eat three meals a day in order to gain weight.

"I dislike food and have terrible eating habits, so I was ingesting rather than eating." I was on a mission, and going from 47kgs to 72kgs takes a lot of discipline. "I had even started a community called skinny people united,' which I have since quit, but it requires a lot of discipline and effort, which is why I kind of disappeared from the public scene from January to February," he stated. 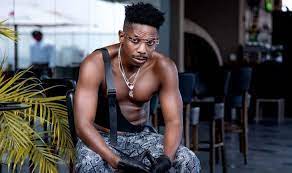 He did concede, though, that the path had not been easy and that he had considered leaving several times.

"Do you have any idea how many times I've given up?" I went in and out between February and April. I kept staring at myself, puzzled as to why I couldn't see any muscles and was in so much pain. But I couldn't go back because of the point I'd made. This has been an 8-month commitment. End of March, and the beginning of April, I hired a personal trainer and a nutritionist. "Two months later, I started seeing improvements," he added. 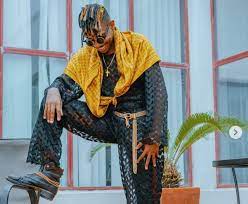