The former Governor of Nairobi, Mike Sonko has called out the son of President Yoweri over his remarks on Allegedly capturing Nairobi. 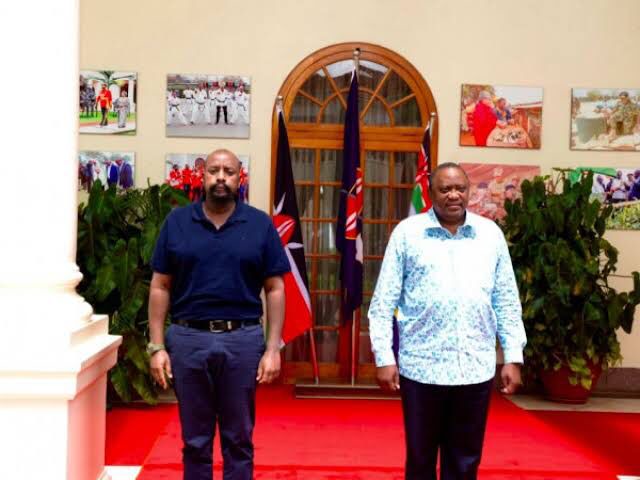 In a news report that has been shared by a reliable source of information, it has been revealed that the son of president Yoweri Museveni has claimed that it would not take them a day if they decide to capture Nairobi.

Taking to his different social media accounts to express his opinion on the matter, the renowned politician has called out the renowned son of President Yoweri Museveni claiming that kenya has its forces.

According to the reports given by the renowned politician, he claimed that it is so unfortunate that Muhoozi is speaking like Kenya can't defend themselves.

While reacting to this incident, kenyans who took to their different social media accounts to express their opinions on the matter have called upon President William Ruto to put an end to the ongoing social media drama.

According to the reports given by most Kenyans, they claimed that it is so unfortunate that the government of Kenya is yet to do something about the increasing number of rogue politicians who are currently threatening Kenya. 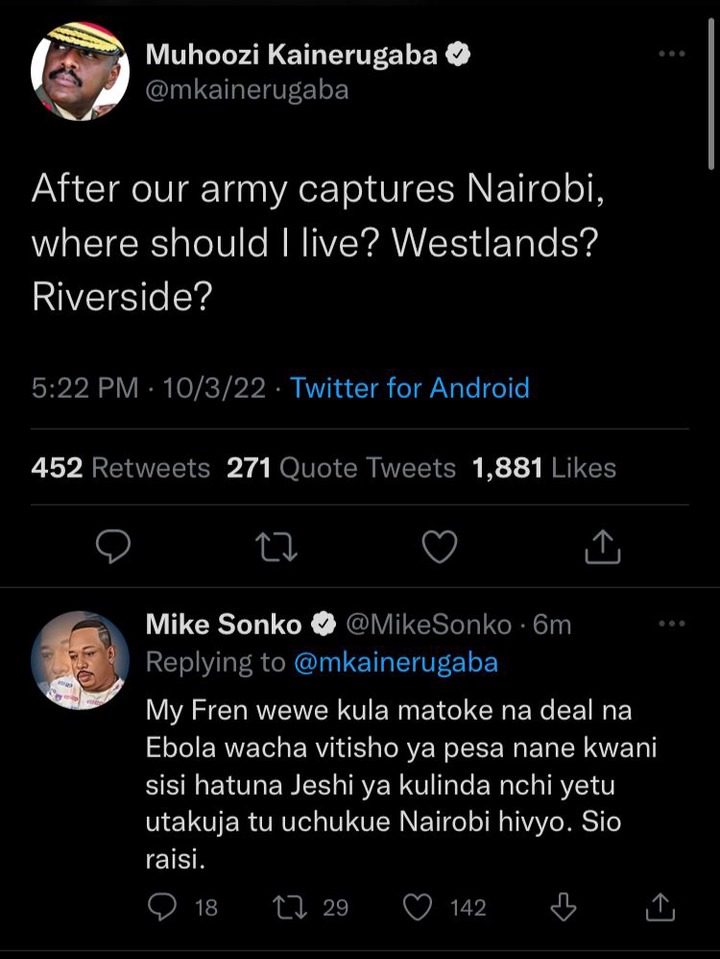