By Bozemba (self meida writer) | 1 months 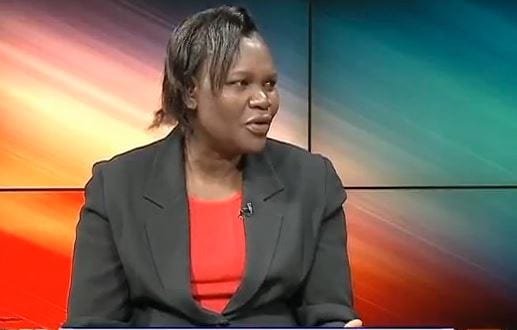 Pamela Odhiambo who is the Migori Women Representative had an Interview with Jessy Jackson on Ktn News, and she stated much Concerning Raila Odinga next Political move ahead of the 2022 General Elections. And how the NASA Co-Principals failed Odinga in 2017.

Pamela went further warning the former NASA Co-Principals to stop asking Raila Odinga for a Political Support ahead of the 2022 General Elections, because of the Betrayal.

"If the NASA team that was with Raila Odinga from 2017 claim that they want to be President; the question is; are they all capable of being Presidents at the same time." Stated Pamela Odhiambo 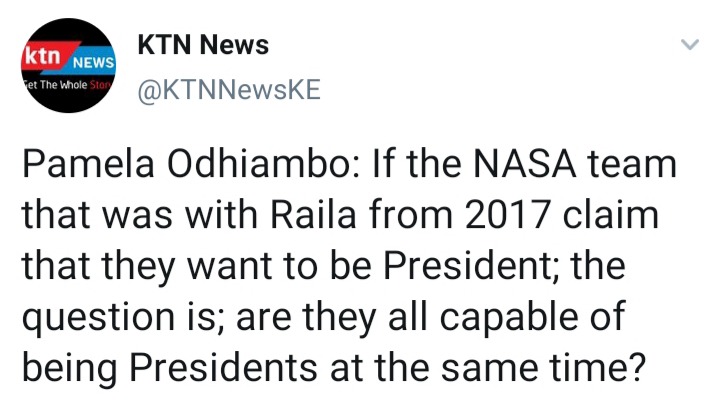 Raila Odinga once revealed that the NASA Co-Principals betrayed him for their own Personal Interests ahead of the 2022 General Elections. He also dismissed and rebuked for pushing him support them for the Next General Elections.

The former NASA Co-Principals; Wetangula, Mudavadi and Musyoka are the current leaders who are forming the One Kenya Alliance (OKA).