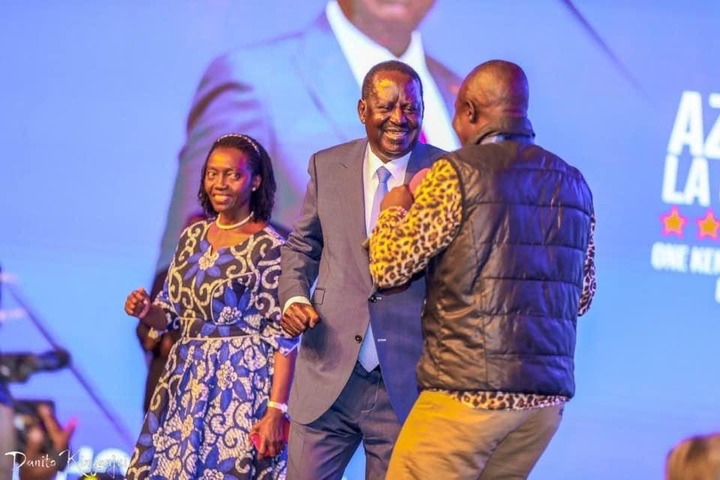 Karua was picked to deputize Azimio La Umoja presidential candidate Raila Odinga, which is seen as largely an attempt to bring in the Mt Kenya vote and convince the female population to support Raila.

But Wahome has predicted doom for this plan, especially the Mt Kenya part, saying that the only votes she can deliver to Raila's basket are the ones she got when she vied for President in 2013.

She said that Karua can only bring in 30,000 votes, adding that the only votes Raila will get there are from his supporters and those of President Uhuru Kenyatta and won't eat into DP William Ruto's votes. 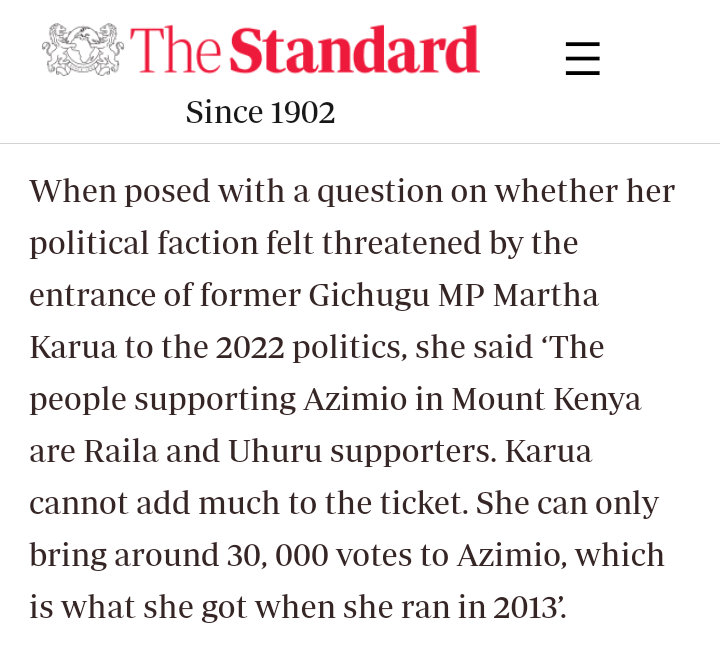 "The people supporting Azimio in Mount Kenya are Raila and Uhuru supporters. Karua cannot add much to the ticket. She can only bring around 30, 000 votes to Azimio, which is what she got when she ran in 2013," she said on Spice FM on Monday.

Wahome termed Ruto the man to beat in the region, terming his numerous and unending trips to the vote rich turf one of the reasons why it has decided to support him and not any of the other candidates.

“The DP has come to Kandara more than four times, to either commission or inspect government projects. In the first term, he came once but sent me to represent him on two occasions. Ruto has visited all constituencies in Mount Kenya,” she stated.

So close is she to Ruto that she was among those who were being considered for his running mate slot, which ended up with Mathira MP Rigathi Gachagua.