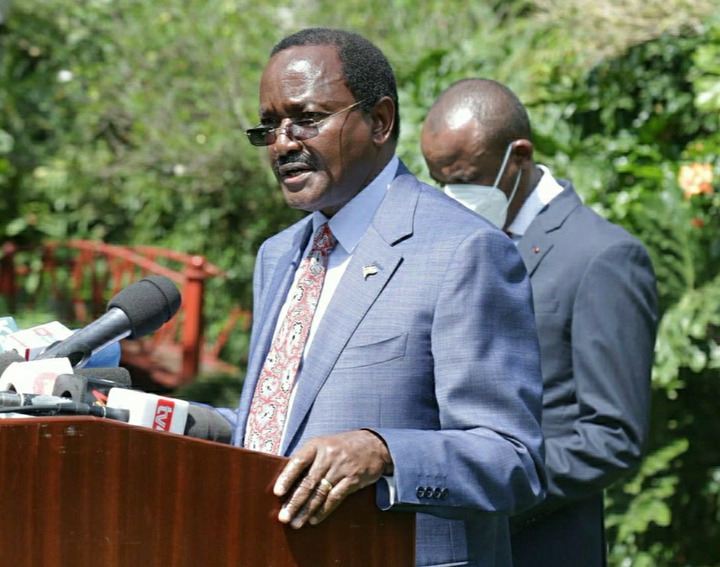 Wiper Democratic Movement party leader Kalonzo Musyoka has been creating more confusions from his political decisions and stands ahead of elections.

Kalonzo had earlier pronounced that he can't support Raila Odinga's presidency for a third time in a row but he ended up in Raila Odinga's Azimio camp hoping to be given the running mate slot.

This made Kalonzo Musyoka to opt out of the Azimio La Umoja camp and unveiled his Presidency ambition after picking a running mate to deputize him ahead of polls. 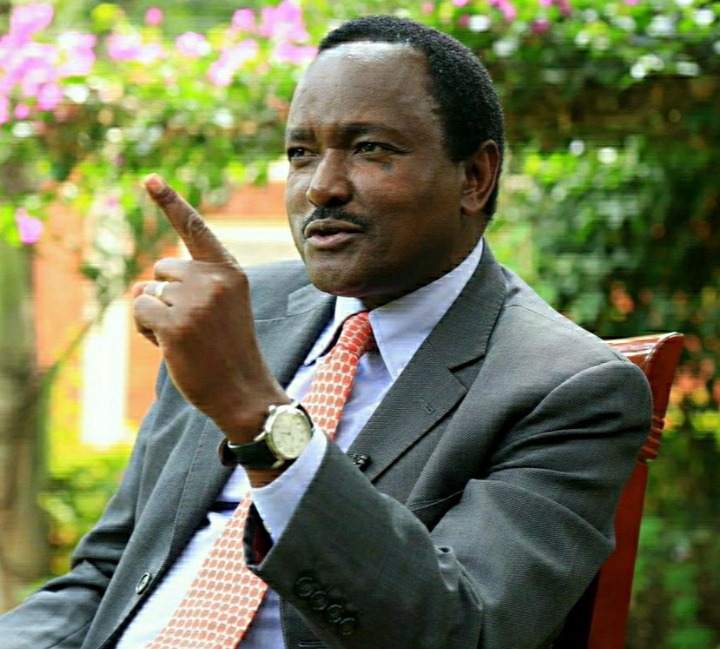 The Azimio camp have been persuading Kalonzo Musyoka to go back to Azimio but according to him, the chief minister role accorded to him was not part of the coalition agreement hence not real.

Kalonzo gave some demands to Azimio wanting a written guarantee on Chief Minister role and security of tenure with 20% of share government. Kalonzo also wanted the new chief minister residence to be accorded to him and security equal to DP.

According to Professor Makau Mutua he has named three people among them being Senator Mutula Kilonzo and Makueni MP Daniel Manzo are responsible for misguiding Kalonzo Musyoka.

Makau Mutua has cautioned Kalonzo Musyoka to avoid these peoples who ruin his political career so that he can be full of himself. 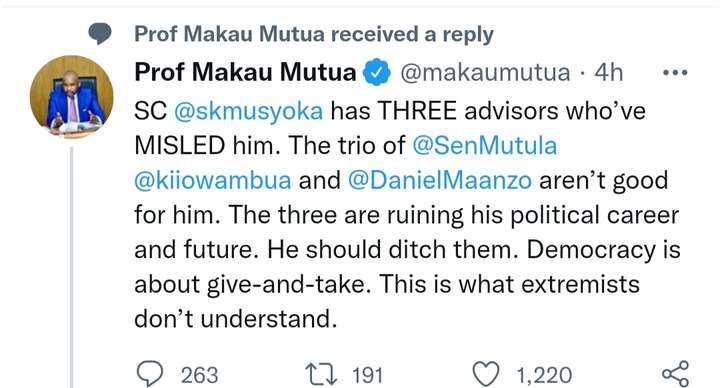 This comes a time when Kalonzo Musyoka has taken a break from politics and he has some time for reflection before his next political move.