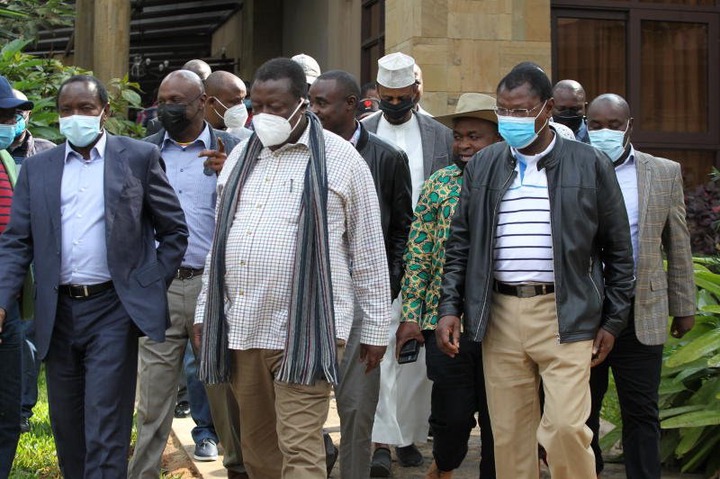 Two of the four One Kenya Alliance (OKA) coalition bosses don't mind working with ODM boss Raila Odinga in next year's polls, it has been revealed.

This comes even as the alliance leaders maintain that they have their eyes on the presidency and will not allow anybody else to take their attention off what they want to achieve.

A source who attended the OKA meeting held on Tuesday revealed that the two have no problem uniting with Raila, with the remaining two remaining firm against him and any links wit him ahead of 2022.

"Weta and Gideon have no problem with Raila. What they are saying is he should come with open hands and free time to engage," The Star was told. 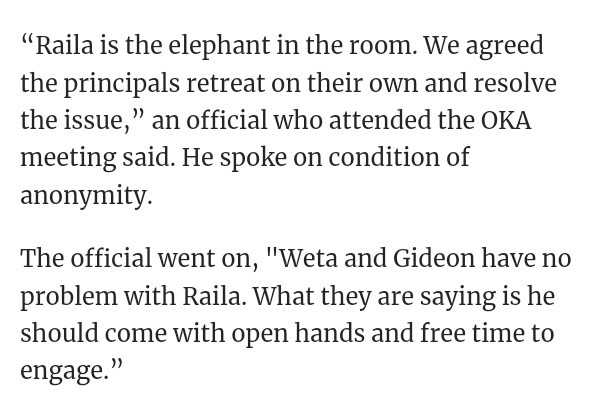 The others, Wiper leader Kalonzo Musyoka and ANC boss Musalia Mudavadi, the paper was told, are of the idea that due to deep sitted political rivalry with Raila, they cannot work with him.

The source said that the two hold that the only way they can reconsider their current stand is if he plays second fiddle, abandons his presidential bid and rallies behind them instead.

"Raila is the elephant in the room. We agreed that the principals retreat on their own and resolve the issue," added the source in an interview with the paper.

Interestingly, Wetangula is among those who had said that he can never work especially after his removal as the Senate Minority Leader.

Kalonzo, on the other hand, has been appearing as the most likely to join Raila in the coming days, reportedly due to pressure from President Uhuru Kenyatta.

Reports have lately been indicating that the Head of State wants the team united if he is to give them his blessings to proceed and battle his deputy William Ruto.