Dan Maanzo Dismisses Claims that Kalonzo is Going Back to Azimio 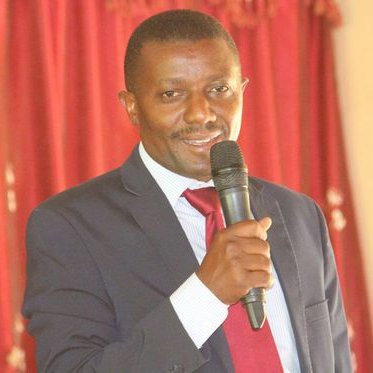 Earlier on Monday, May 23, 2022, rumors emerged that the Wiper leader Kalonzo Musyoka was seemingly on his way back to Azimio-OKA Coalition however a few hours later one of the Wiper politicians Dan Maanzo dismissed such claims.

Dan Maanzo who has been one of the hardliners in Wiper reiterated that he is not aware of any decision by Kalonzo to go back to Azimio. 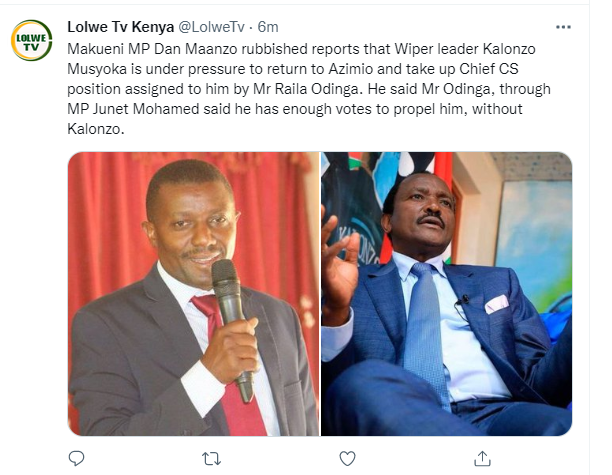 Maanzo stated that Raila Odinga and his close ally Junet Mohammed had already said that they can still get more votes without Kalonzo and therefore there is no need for Kalonzo to go back there.

Kalonzo bolted out of Azimio the same day Raila Odinga named Martha Karua as his running mate. This move by Kalonzo was already preempted by the Azimio side because the Wiper side had already shown that they would not settle for anything less than the Deputy President position.

In fact, senator Wambua who was part of the negotiation team is said to have walked away from the panel tasked with choosing the running mate after failing to agree with other members of the panel.

If nothing changes in the next few days then Kalonzo will now go it alone up to the ballot however a big question remains; what is the endgame for Kalonzo?

MP Kamanda Warning on Nairobi Seats Ahead of 2022 Polls