By Newstop.com (self media writer) | 3 months ago 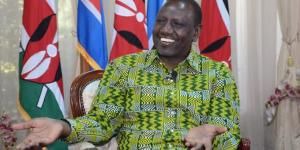 In the last week, there have been alignments and realignments as potential candidates prepare for the 2022 election. In fact, election campaigns seem to have started in earnest.

We now have four political camps gearing up for the 2022 presidential poll. There is the William Ruto camp under UDA; the Raila Odinga ODM camp; the One Kenya Alliance bringing together Musalia Mudavadi, Kalonzo Musyoka, Gideon Moi and Moses Wetang'ula; while the fourth one is made up of Speaker JB Muturi, Mukhisa Kituyi and Kivutha Kibwana.

For a second time in two weeks, President Uhuru Kenyatta met Raila and OKA principals in Mombasa with the hope that they would unite. Significantly, the meeting came only days after the Jubilee National Management Committee okayed pre-election coalition negotiations between the ruling party and Raila's ODM.

OKA has insisted that it has to have one of them on the ballot for the President with the individual principals insisting that they are the most suitable. For Ruto, it has not been in doubt that he would be running for President since he ran as Uhuru's running mate in the 2013 and 2017 elections.

There is one common thing about the various Coalitions that have come up so far. They are all talking about uniting and transforming the country as the key component of their political pacts.

Since they all have a common factor in terms of policy and opponent, the best formula for a peaceful election is for all four candidates to unite and work under one banner, committed to transforming our nation.

Since this is improbable, all opposition candidates must unite if they want to stand a chance against Ruto. For the avoidance of doubt, if elections were held today with everything remaining constant, Ruto would win in the morning in the first round. That is a fact.

Ruto has been a clever politician who has managed to use his position and resources at his disposal to build up a political machine that is currently unmatched. The only make or break tor Ruto is his choice of running-mate which could see his supporters scuttling.

However, he has a loyal following that he has built through the nine years that he has been deputy president due to his unfettered access to all corners of the country

After the late President Moi announced the repealing of Section 2A that had made Kenya a one-party state, he easily won the next two elections because the opposition never united to give him a run for his money.

The fruits of unity were seen in 2002 when Raila, Wamalwa and Ngilu dropped their ambitions to support Kibaki who ended up getting 3.64 million against Kanu and Moi's candidate Uhuru, who got 1.83 million votes.

If the opposition candidates had united in 1992, Moi would not have served another 10 years after having served a previous 14 years . If the opposition does not unite, it is likely to lose to Ruto easily.

The DP has the populous Rift Valey behind him and there are those in Mt Kenya who believe they owe him for supporting Uhuru in 2013 and 2017. That is the reality.

That said, all other coalitions must reach a defining moment where they strategise on what it will take to win the election.