By Lorenzo_ke (self media writer) | 1 month ago

The late retired President Mwai Kibaki lived a rather private life. His private life stayed private but as is norm, the skeletons come out after a high ranking individual dies. In Kibaki's case, a man has come out claiming to be his first born son. Jacob Ochala, in an interview with KTN News, stated that he wants what is owed to him as the first son of the late president, Mwai Kibaki. Mr Ochalla is currently 62 years old and his mother was Jane Hilda Ocholla who was allegedly involved with the late retired president. He explained that he was made aware of his father at the age of 21 years and the two have since shared special moments together. Kibaki passed on April 22, 2022 and was taken to Lee Funeral Home and his body layed in state three days at Parliament. He was buried on April 30 at his Othaya home, in an intimate ceremony with only family and friends. Not allowed to attend, however, was his alleged first born son Jacob Ochala. According to Ochala, his mother remarried when he was a toddler and that is why his surname is from the Luo community. 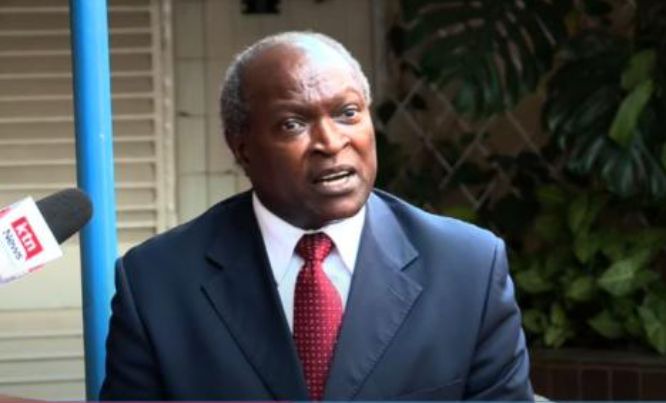 He stated that after the death of his father, his mother informed him that the deceased was not his biological father. Ochala's mother arranged a meeting between him and Mwai Kibaki and that is how he got to meet the late president. He attempted to pay his last respects to Kenya's third president but was blocked both at Lee Funeral Home and Parliament. Now Ochalla wants a share of 150 Billion Kenya Shillings empire.

Counties that might be giving Raila sleepless nights ahead of the August general election.opinion

Governor Denounces Ruto During Visit to His Backyard