Raila Amolo Odinga has been a common and constant figure in the political arena in the country for nearly three decades now. The man cuts the niche and holds a dubious distinction as the only political player who has unsuccessfully contested for Presidency for a record highest number of times in the country. 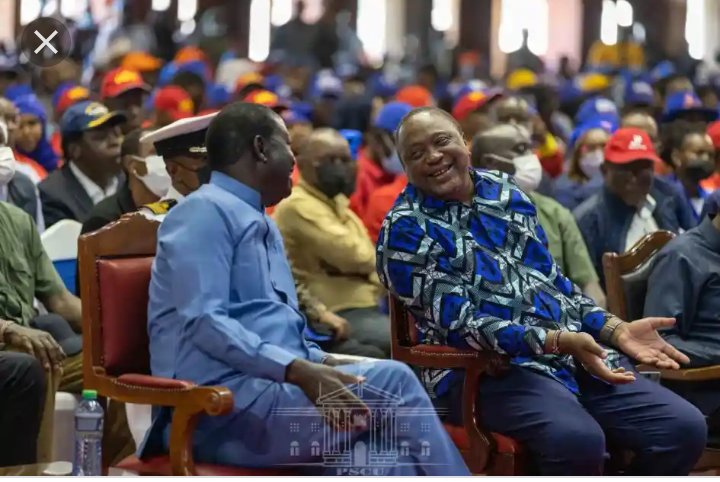 Raila has contested five times but luck hasn't come his way. After his defeat by President William Samoei Ruto in the August ninth polls, many presumed that Raila's political journey came to its end.

The man from Bondo has left many guessing concerning his real intention as far the forthcoming 2027 general elections are concerned. He has actively remained at the political arena and has constantly been putting the Kenya Kwanza government under firm check, something that signals his desire to remain politically active and relevant.

In what has again rekindled the momentous and possibility of Raila's grand comeback, former Cabinet Minister, Kipruto Arap Korea has now reminded Kenyans that Raila is not yet done and anybody who thinks that the Former Prime Minister is already done is making a very serious political miscalculation.

According to Kirwa, Raila is likely to be a serious and formidable candidate in the next general election. 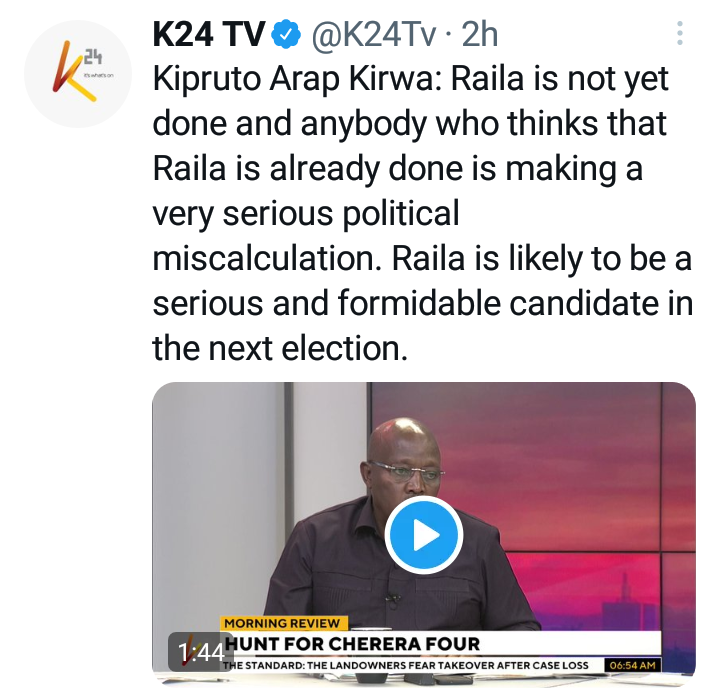 These assertions by Kirwa may be hypothetically true since Raila's current moves regarding the Independent Electoral And Boundaries Commission depicts him as a man on a mission with eyes firmly fixed at the Presidency come 2027.