By Newsplan (self media writer) | 29 days ago 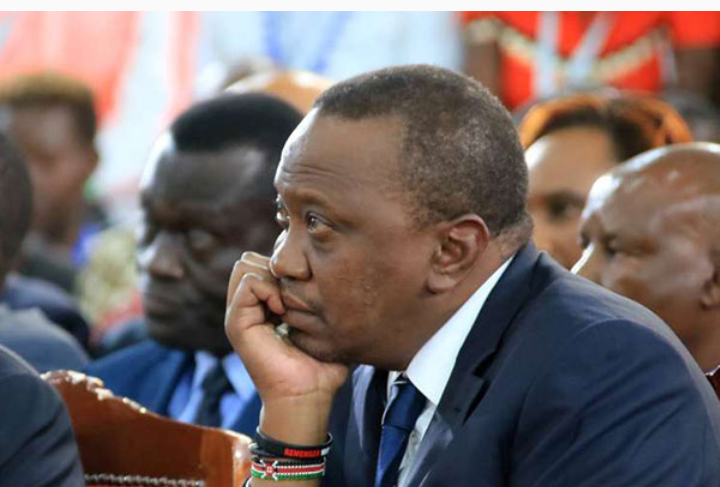 Jubilee Party today forwarded the name of Mr. Githua Ngugi to IEBC to replace the late Senator Victor Prengei. The senator who was involved in the Road accident had been nominated by Jubilee Party in 2017 to represent the minority group. He was was from Ogiek, a subtribe of the Kalenjin community.

However, during the burial his burial, several political leaders called for the nomination of his succor from the same minority group. But today, Jubilee has settled on Mr. Githua Ngugi Isaac. 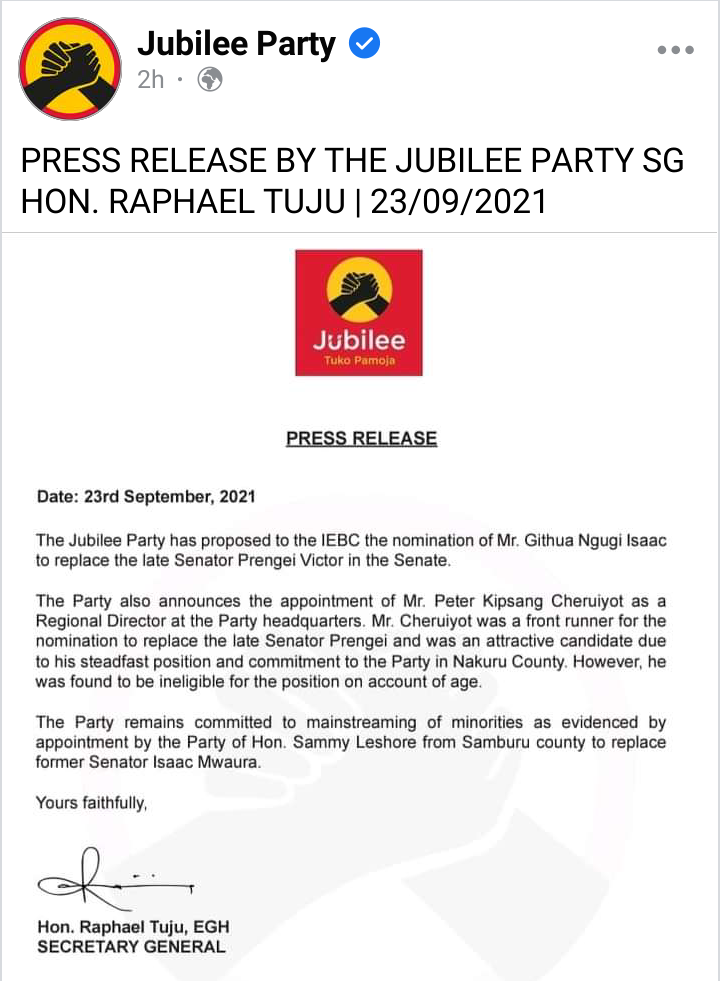 And now, Kieleweke supporter Hon Wahome Thuku has expressed his dissatisfaction with the apportionment of Mr. Githua to replace Prengei. He revealed that he was expecting Wambui Nyutu to replace Prengei according to the plans.

"The two seats for the youth must be occupied by a man and a woman as per the Constitution. I am not sure who was the next in the ODM list but in Jubilee, the next was Wambui Nyutu," Part of Thuku's post reads. 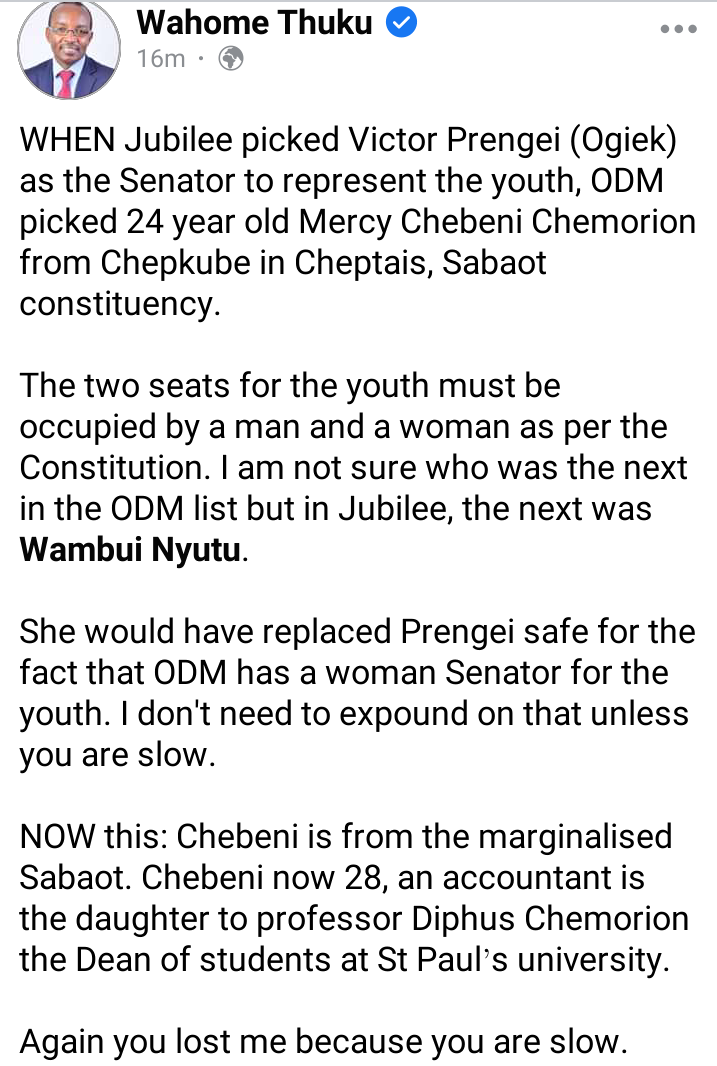 It is known that Senator Victor Prengei was a greater ally to Deputy President William Ruto and he was supporting his 2022 presidential bid.

Content created and supplied by: Newsplan (via Opera News )

Wiper MP Changes Tune On Raila's Presidency, Tells Him What He Must Do To Beat DP Ruto For Top Seat