By JobMogaka_Ke (self media writer) | 3 months ago 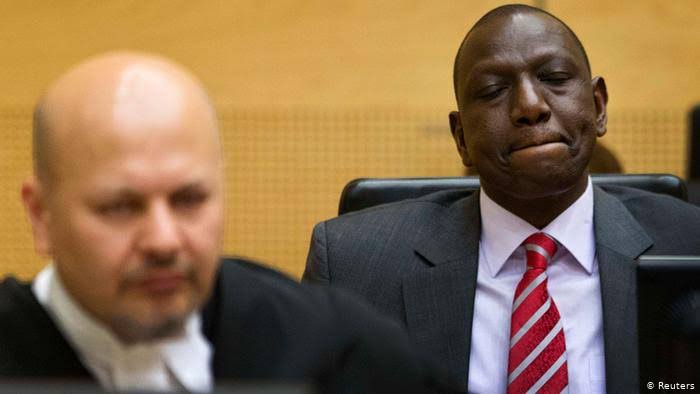 International Criminal Court prosecutor wants judges to order a witness in the Paul Gicheru case to attend proceedings in The Hague. The case, which starts on February 15, also touches on Deputy President William Ruto and Mr Joshua arap Sang.

Though the prosecutor has redacted the whereabouts of witness P-0743, he has asked judges to force him appear before the court.

The prosecution argues that P-0743 was one of the people Mr Gicheru paid to turn into a hostile witness, which led to the collapse of the crimes against-humanity case against Dr Ruto and Mr Sang.

Mr Gicheru is accused of running a witness corruption scheme that sabotaged the case against the two, who had been charged with masterminding the 2007/8 post-election violence. In a previous brief in the Gicheru case, the prosecutor named Dr Ruto.

"The evidence establishes that the pattern of witness interference was conduct ed for the benefit of, and in coordination with, William Samoei Ruto," he said.

The prosecutor, in a newly filed document, wants the court to "request" the aid of an unidentified government in ensuring the attendance of the witness.

Records show this was one of the witnesses who implicated Mr Gicheru and Meshack Yebei as being involved "in a series of activities...in exchange for cash".

He also told ICC investigators that other prosecution witnesses had been improperly interfered with. Yebei was abducted in Eldoret in December 2014. His mutilated body was found at Tsavo National Park in January the following year. It had a gunshot wound to the head.

Content created and supplied by: JobMogaka_Ke (via Opera News )