'' You Will Regret, I Will Defeat You and Your Project'' Ruto Reminds Uhuru of What Awaits 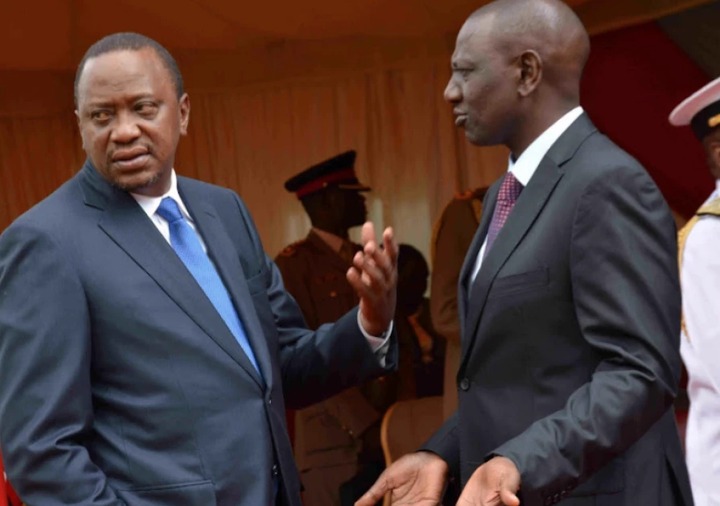 Here is a link: https://www.citizen.digital/news/ruto-to-uhuru-i-am-not-competing-with-you-step-aside-and-let-me-deal-with-raila-n301346

The deputy President William Ruto is clear at the moment, his statehouse bid is unstoppable having done his computations. Ruto is clear the Azimio team are trying to use Uhuru Kenyatta against him but they won't succeed at all.

The deputy President William Ruto is clear what's standing between him and the presidency is only time which is only 37 days. The second in command is clear the president has used all manner of efforts and force to stop his statehouse match but he has failed for even sponsored opinion polls have collapsed.

The deputy President William Ruto has remained confident that going into the August 9th polls, he won't stop from seeking votes from Kenyans. Ruto is clear his detractors will regret for he knows of the support that he has across the country and he knows he will win the elections in round one to the shocker of Azimio and Uhuru Kenyatta.

Breaking: Kalonzo's Motorcade Makes its Way to Bomas Ahead of IEBC's Declaration of President-Elect

Kabogo Sends Kenyans a Very Strong Message, Tells Them What to do as They Await IEBC Announcement

Check out how Ruto arrived at the Bomas of Kenya (Photos)