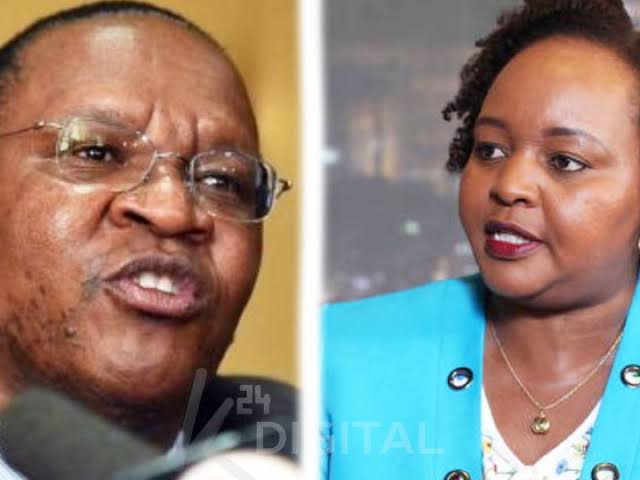 Kirinyaga County Governor Anne Waiguru and Interior PS Karanja Kibicho have publicly had conflicts of interest concerning the forthcoming Mashujaa Day fete. This comes after the host county boss revealed that she had been sidelined in the preparations of the Mashujaa Day celebration. Anne Waiguru had said that she had no say on who will be at Wang'uru Stadium on Wednesday (20th of this month). Waiguru had revealed that she was only given 150 invitation cards for the county MCAs and for the Executive out of all the people who will attend the fete.

However, Uhuru's iron man Karanja Kibicho who is the Interior PS has refuted claims that Anne Waiguru was not involved in the preparations of the fete. According to Kibicho, Anne Waiguru was given 300 invitation cards which is double the number Kirinyaga county governor had said. 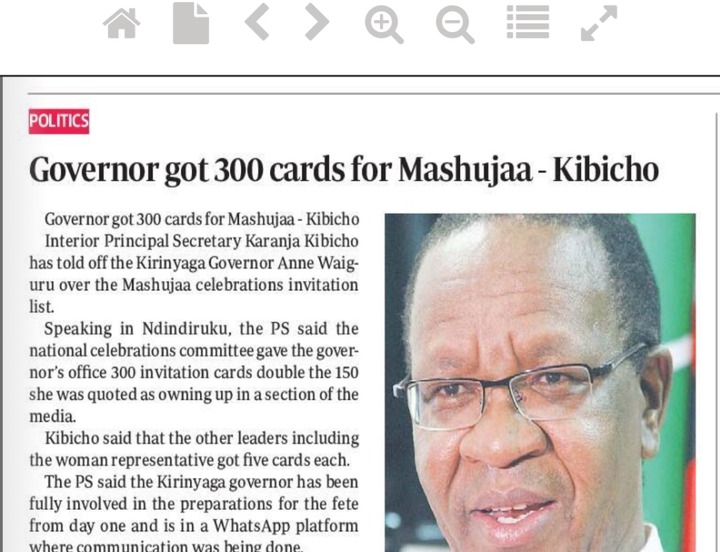 The Interior Principal Secretary Karanja Kibicho has also told off the Kirinyaga County Governor Anne Waiguru over her statement that she was not involved in the preparations despite being the county boss. The PS was speaking at Ndindiruku where he added that those who were caught up by the deadline of submitting the names of people who they had invited should not blame the organising committee. The PS revealed that the governor was also included in a WhatsApp group that is dealing with the preparations. Kibicho was accompanied by Wangui Ngirici and other government officials.

Waiguru stated that all the Mashujaa Day preparations had been transferred to the County Commissioner. Waiguru said that this makes her feel uncomfortable. 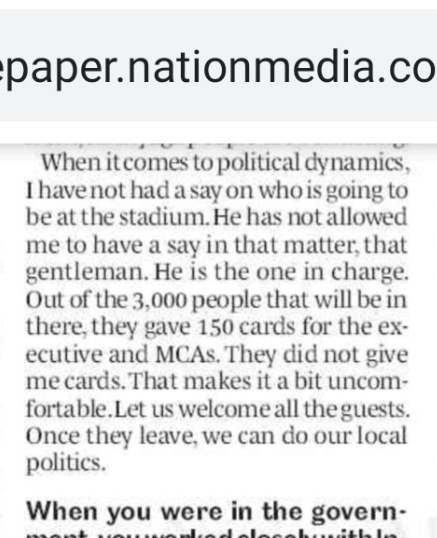