Un known number of cattle have been stolen after suspected bandits from Tiaty raided Kapkechir and Lamaiwe villages in Mochongoi Ward of Baringo South Sub-County on Sunday Afternoon.

According to the area Member of County Assembly Kipruto Kimosop, the affected families assisted by National Police Reservists are in pursuing of the suspects, however, no recoveries have been made so far.

The attack comes barely a fortnight after the government announced closure of the security operation in Tiaty.

It is unfortunate that this is happening after the operation has been stopped. Stopping it has opened an opportunity for bandits cause mayhem." Said Kimosop while appealing to the government to continue with the operation to mop up illegal firearms. 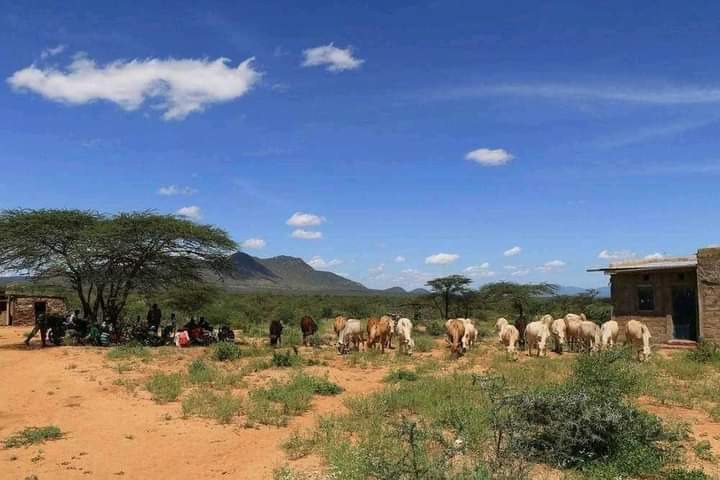 Cattle are an agricultural and cultural mainstay for millions of nomadic African pastoralists. The impact of livestock theft on marginalised communities is severe. It deprives people of their livelihoods and increases poverty. It’s often breadwinners who are injured or killed in raids, fuelling communal grievances and revenge attacks.

Cross-border criminal networks use advanced logistics and market information to continue their illicit activities. Cattle rustling as a form of organised crime is embedded in the wider cattle trade business enabled by government corruption, with state officials turning a blind eye.

The ENACT study reveals that some politicians use bribery to induce rural communities to get involved in cattle rustling networks. The motive is two-fold: to raise money to fund increasingly expensive election campaigns, and to attack, disempower and disenfranchise voters favourable to their rivals.

Cattle rustlers also exploit weak cross-border coordination between governments in the region. Cattle lords recruit and arm rural warriors to steal cattle for sale to abattoirs in towns or cross into neighbouring countries where they sell the cattle. Stolen cattle are easy to traffic as they can be disguised as a legal commodity.

Responses to the problem by involved counties have so far been ineffective. Neighbours counties in the region have for years responded to cattle rustling through inaction, indiscriminate force or ineffective disarmament initiatives. A key step that has not delivered on its potential is the signing of the 2008 Protocol on the Prevention, Combating and Eradication of Cattle Rustling in Eastern Africa.

The protocol seeks to address cattle rustling by, among other steps, enhancing regional cooperation, harmonising legislation and adopting livestock identification systems and records. However this hasn’t been implemented because Uganda is the only one of 13 member states of the Eastern Africa Police Chiefs Cooperation Organisation (EAPCCO) that has ratified the protocol.

This protocol could give the region a common policy or legal framework to deal with the crisis. Its lack of support from East African states is just one of the signs that governments in the region don’t seem to consider cattle rustling a serious crime.

In many East African countries there is no specific law that requires that the source of cattle at slaughter houses be identified. The absence of anti-stock theft police units in some of the countries makes communities vulnerable to armed rustlers. Their vulnerability is heightened because the areas most affected by cattle rustling are characterised by underdevelopment, under-resourced security structures and a limited government presence.

Governments need to commit to ending the senseless killings and destitution of already marginalised pastoralists. This will involve ratifying the EAPCCO protocol and providing the legal basis for the regulation of livestock registration trade. Together with technological innovation and better controls, the protocol’s legal basis for regulating livestock trade would be strengthened.

Market controls would also ensure only honest pastoralists profit from their cattle rather than unscrupulous organised criminals. If involved counties fails to adapt to the threat, cattle rustling may expand into new geographic areas and create new organised crime cartels.

Content created and supplied by: hustlers0 (via Opera News )

6 Benefits Of Eating Ugali Made From Yellow Maize

The Logic Behind Governor Mutua's Popularity Among Machakos Residents