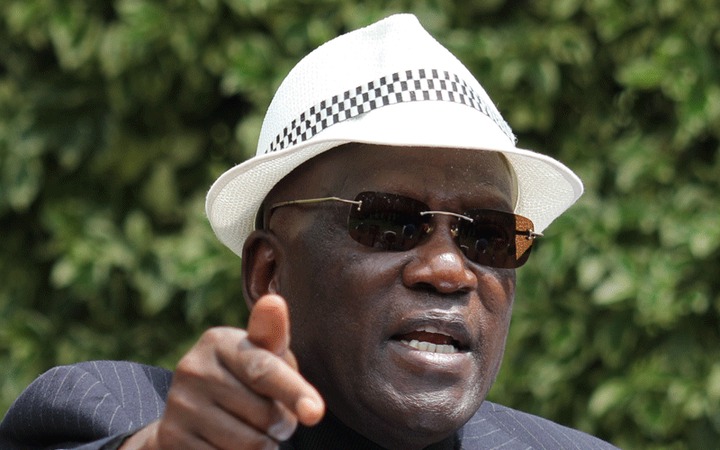 Mucheru, who was speaking at Ihururu Stadium on Sunday during a football tournament, stated that his intentions is not to rig the elections but to protect Raila Odinga's votes.

Responding to Mucheru's claims through his Twitter page on Tuesday evening, Muthama stated that Mucheru's utterances is a direct violation of law since public servants are prohibited from taking sides on matters of politics.

According to Muthama, the sentiments are aimed at rigging the elections in favour of Raila and that he should be devoted.

"1/2 Public servants are prohibited from engaging in campaigns or taking sides on matters politics. CS @mucheru's utterances and direct involvement in Azimio (@AzimioUmoja) is a direct violation of the law. The CS should be non-partisan and devote. 2/2 his energy to serving the govt and treat all citizens equally irrespective of their ethnic background.Kenyans want a free and fair election. #ChaguaRuto," posed Muthama. 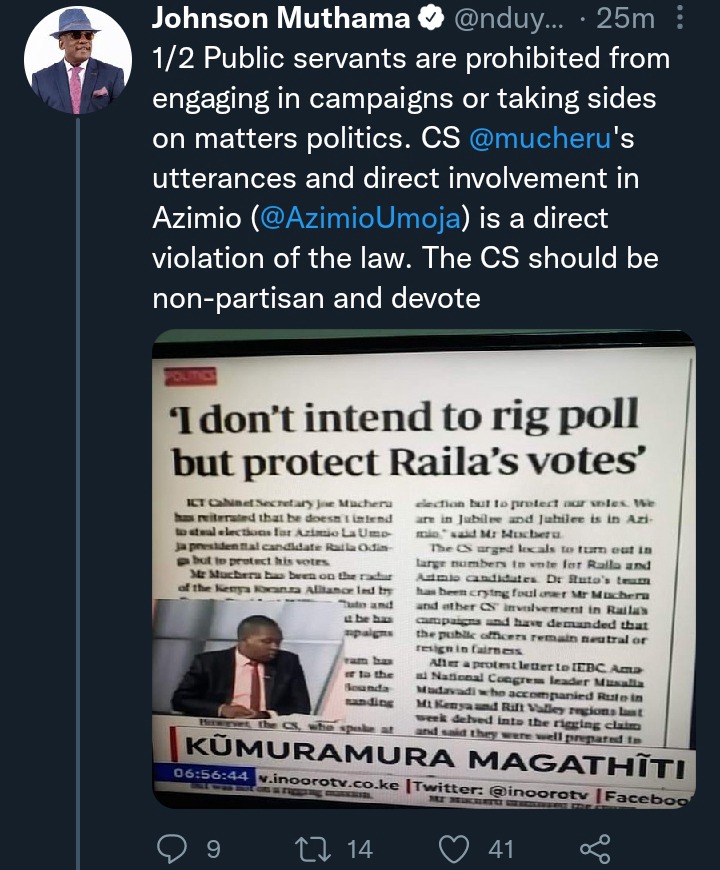 Team University Comes To The Aid of Sakaja