By Jafarmuzik (self media writer) | 2 months ago 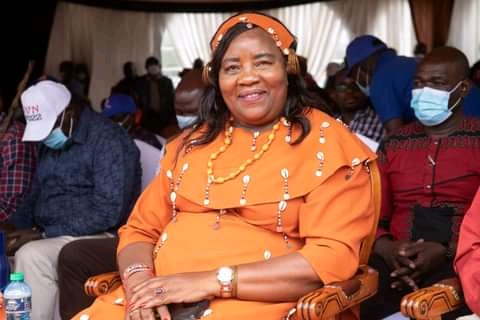 The Azimio LA Umoja campaign led by Raila Amolo Odinga was on Friday held in Nyeri where several politicians and businessmen who are supporting it attended. Among those who attended the rally included Mama Idah Odinga, the wife to Orange Democratic Movement (ODM) party leader Raila Odinga.

It is during this time Nyeri people gave Idah Odinga a new name as a way if showing that she is one of them and their loyalty in supporting her husband in 2022 general elections. "From now Idah shall be called Nyawira Amollo Odinga," said one of the leadees as the residents cheered. Idah was also seen dressed in Kikuyu traditional attires as she was being given a new name. Raila took to his Facebook account and posted 'From now Idah shalle be called Nyawira Amolo Odinga.' 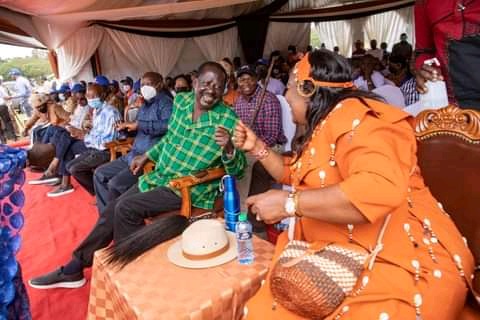 Other leaders who were at the rally include, Royal Media services, DRM SK Macharia, Peter Kenneth Raila Odinga himself among others.