The international media house from the Middle East Al Jazeera has done a brief history of the top contendors in the Kenyans elections putting a spotlight on Raila Odinga and William Ruto exposing the dark sides of both leaders in their political careers. 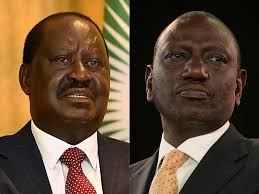 On the ODM leader Raila Odinga's side, the media revealed that the former Prime Minister was implicated in a bribery and tax evasion scam involving the tobacco industry during his tenure as PM. Raila is taking a fifth stab at the presidency and is popular after his detainment while fighting for multi-party rule in Kenya. 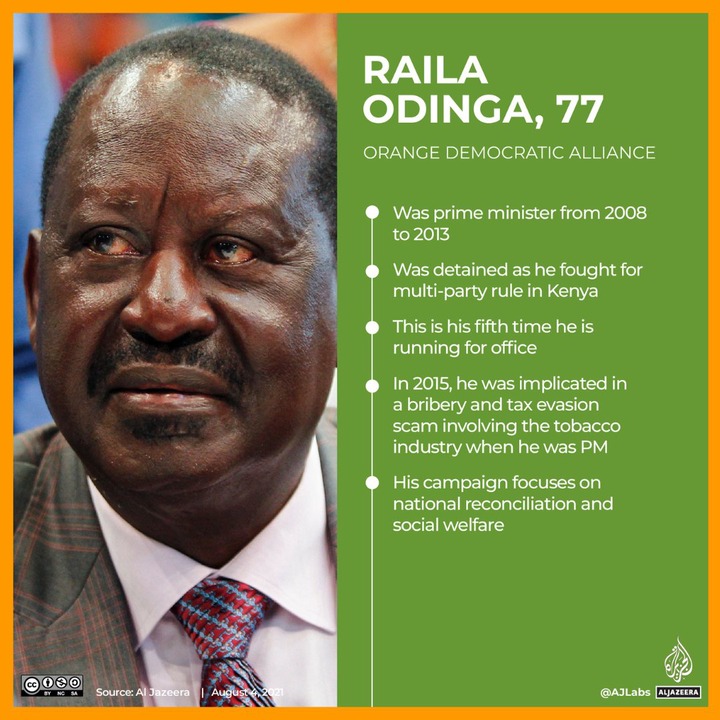 On the William Ruto's side, the self proclaimed Chief Hustler has been the deputy president since 2013 to the present. He begun his political career through the YK92 youth front during President Daniel arap Moi's era. Ruto was charged at ICC with crimes against humanity after the 2007 elections but his case got dismissed in 2016. In 2013, he was found guilty of appropriating a 40 hectare plot in Eldoret and Western Kenya after 2007 elections. 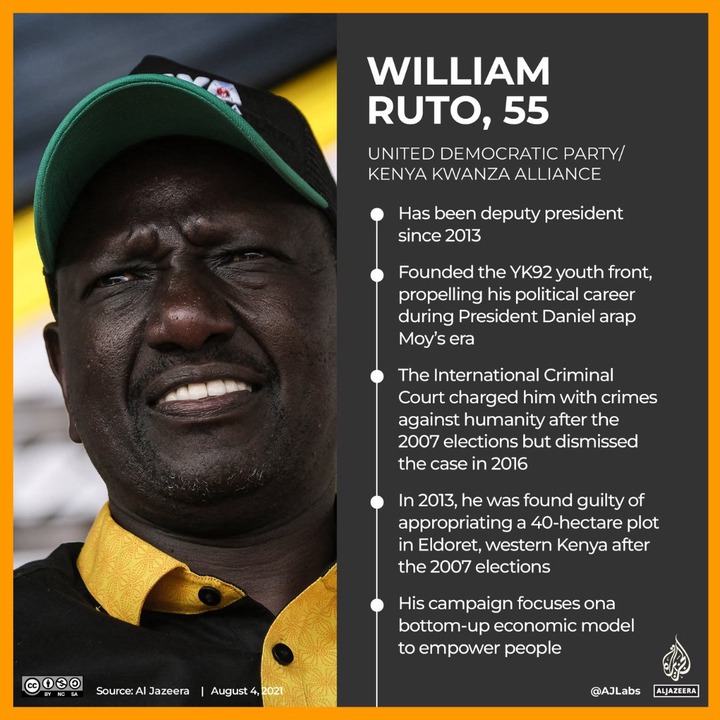 Kenyans are expected to make their decision heard through the ballot and decide on their leader for the next five years. 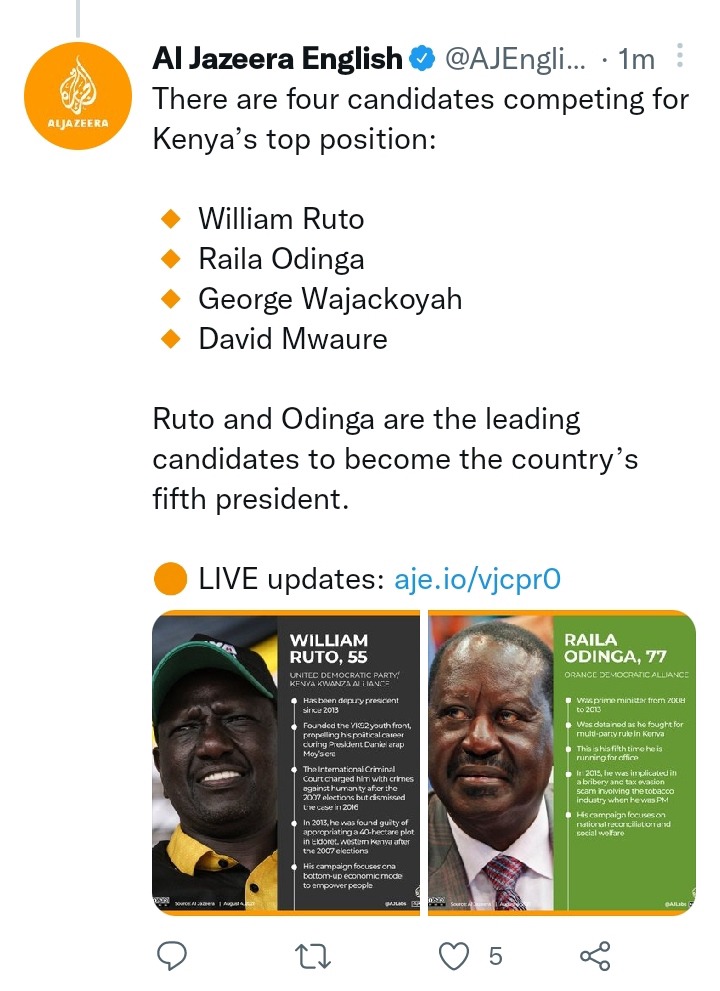