General Badi Hits at Governor Sonko Following His Outbursts Against Him

By RealGithiri (self media writer) | 1 year ago

Governor Sonko has on past few months come out to blast the NMS boss General Badi for interfering with his job. The governor signed off some of his duties to the national government and thus Badi was given the mandate.

The general was tasked with the president to run the city on his behalf. General Badi indeed took up the task and for sure he has delivered. But this hasn't been taken well by the Nairobi governor Mike Mbuvi. 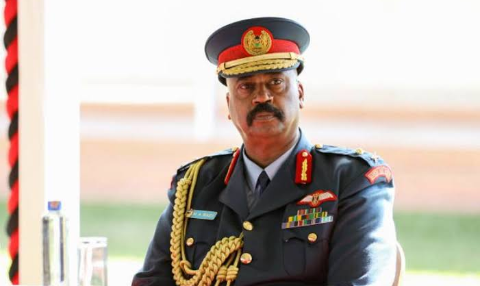 Governor Sonko has on time and again taken a jab at the NMS boss. The governor has accused the general for overstepping his mandate in the city. Governor Sonko has also called general Badi names including Saddam.

But the general through JK live told Jeff that he takes the governors insults in but never returns. He said he only keeps quite whenever he is poked by the governer who at times calls him brother and another day he calls him Saddam.

Kenya Acquires A New Advance Cancer Treatment Machine, The Second One In Africa

Meet Garissa MP Aden Duale The Man Who Killed Student Activism And How He Did It.