By Pinchesw (self meida writer) | 26 days 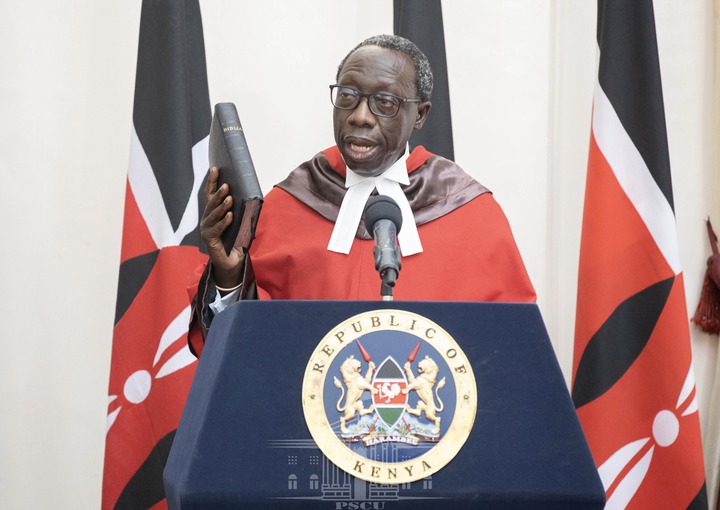 Justice Martha Koome has today Friday 21 May officially been sworn in as Kenya's first female chief justice in an ceremony presided over by president Uhuru Kenyatta at State House Nairobi.

Koome took her oath of office which was administered by Judiciary Chief Registrar Ann Amadi. Court of Appeal President Justice William Ouko also took his oath to serve as Judge of The Supreme Court. However it was president Kenyatta's speech that stole the show after he directly threatened court of appeal president Justice Ouko.

In a low but commanding tone, the president quickly acknowledged how far Justice Ouko had risen ranks through the Judicial system and there was nothing new he needs to be taught. 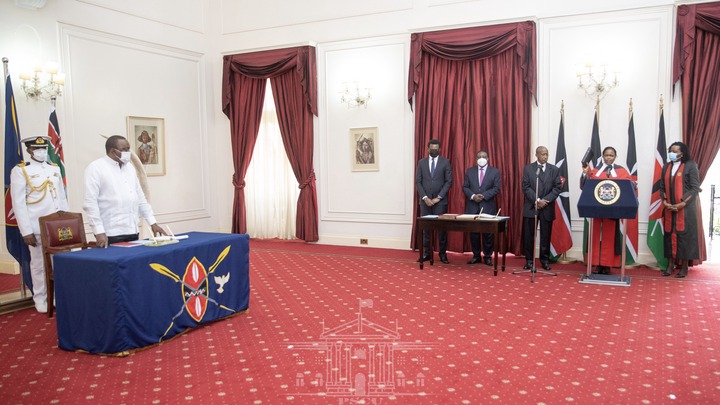 " Justice Ouko, both of you mumetoka from the grassroots, mumekua in the sytsem hakuna cha kukusomesha." Said the president. "Fanya haki tu na sisi hatutakua na shida." He added.

The statement seemed to be a direct threat in regards to the BBI bill that is headed for round two in the Supreme court. Justice Ouko has been serving as the president of the court of appeal for the last five years and his elevation to the Supreme court may come with a price.

The Judiciary and the executive have been in a cold war with each other and today the president might have played checkmate in their game of chess.

President Kenyatta' s relationship with the Judiciary arm has not been good since the beginning of his term in 2017. This is after Former Chief Justice Maraga declared his presidential victory as null and void.

Content created and supplied by: Pinchesw (via Opera News )

69 Unclaimed Dead Bodies To Be Disposed Off in Kisumu