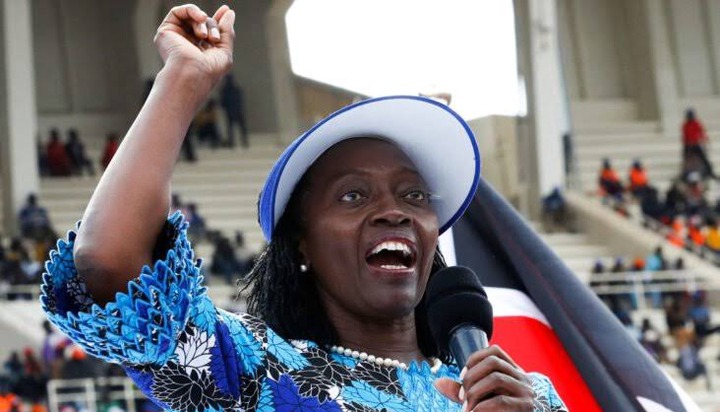 Azimio coalition running Martha Karua has been angered by Dp Ruto's act of receiving several elected leaders to his camp just days after being declared as the president elect.

Speaking to media, Karua said that Ruto has started revealing his true colors which he described as lack of respect for the rule of law and deficit of democracy in his actions. He also termed it as a premature for somebody to start disorganizing political parties unlawfully.

In the last two days, Dp Ruto has received over two leaders from independent, UDM, UPIA and other political parties which were allied to Raila's Azimio coalition. 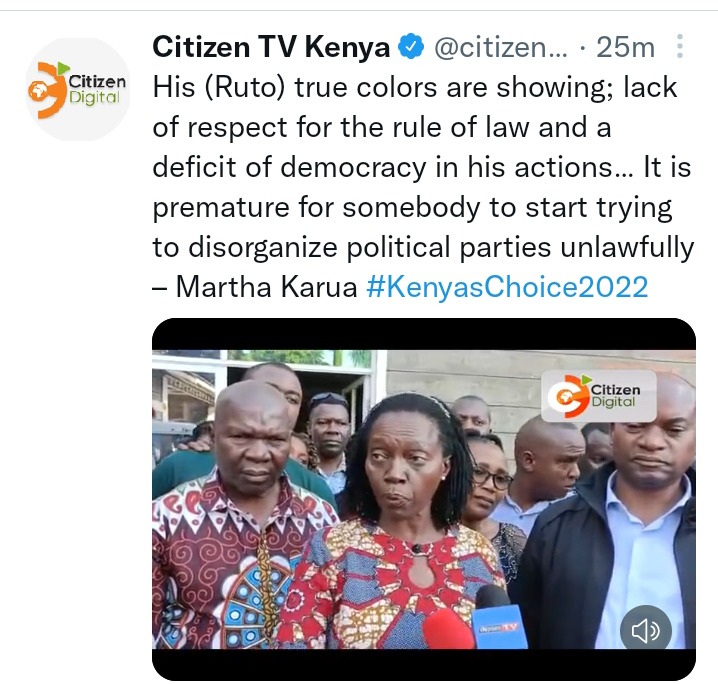 This has angered Martha Karua who has now called Ruto as a dictator and a sign of not respecting the rule of law. Azimio party which was allied to a number of political parties have decamped to Ruto's Kenya Kwanza weakening Raila's Azimio coalition in case of the general elections is nullified by the Supreme court.