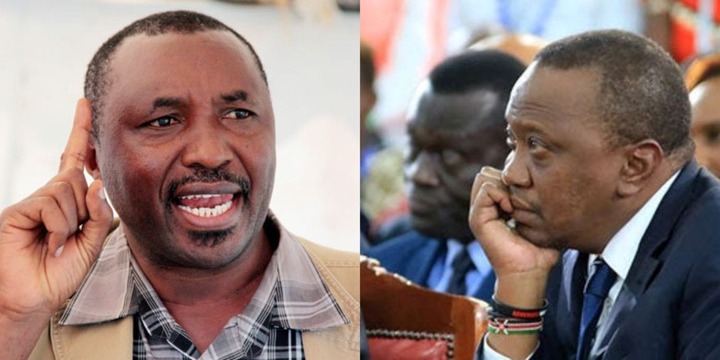 Bahati MP Kimani Ngunjiri has criticized President Uhuru Kenyatta concerning sentiments he made on Wednesday November 1 about the 2022 general elections.

While addressing thousands of Nakuru residents during the towns conferment of its city status, Kenyatta without mentioning names argued that the young leaders are lashing towards 2022 yet the older were taking their time, and it was possible the older overtakes the youthful.

He added that leadership is not a sprint, rather a marathon and thus those seeking positions of power should take it slow.

Speaking with TV 47, Ngunjiri claimed that the president also started early in 2002 when he was endorsed by President Moi Kibaki as his preferred successor, same as 2013 when he joined hands with Deputy President William Ruto.

"You also had speed in 2002 and 2013. You have to ask yourself what you did when you were in the same position, you were also a young person. It is therefore unfortunate for the president to say so," posed Ngunjiri.

Commending on the president's remarks during State of the Nation Address that BBI will eventually take place, Ngunjiri called upon politicians to respect the rule of law, and allow the Judiciary to carry its duties as an independent arm of government. 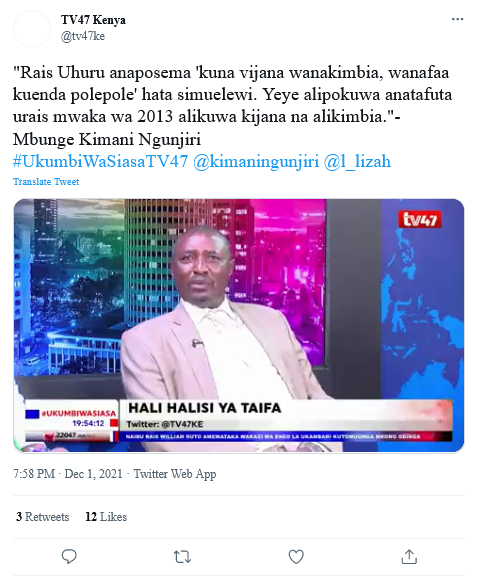