Chaos and mayhem have rocked the Thika Road superhighway after police officers have engaged in a running battle with angry Kenyan motorists.

The drama started at exactly 9:2pm when police officers allegedly mounted roadblocks after they were notified that Kenyans were still traveling past curfew hours, which is contrary to what President Uhuru Kenyatta announced on 26th March 2021.

According to the video clip that has already gone viral on various social media handles, police officers can be seen whipping hundreds of kenyans who have been blocked from moving in and out of Nairobi city. On their side, motorists are seen shouting with anger at the police officers while calling them all manner of words.

In the same video clip, police officers are seen shooting their air to disperse the angry kenyans who have decided that they are going nowhere.

Coming back on Twitter, kenyans have condemned the decision by the Government to erect roadblocks in such a place, adding that the Decision is very dangerous. 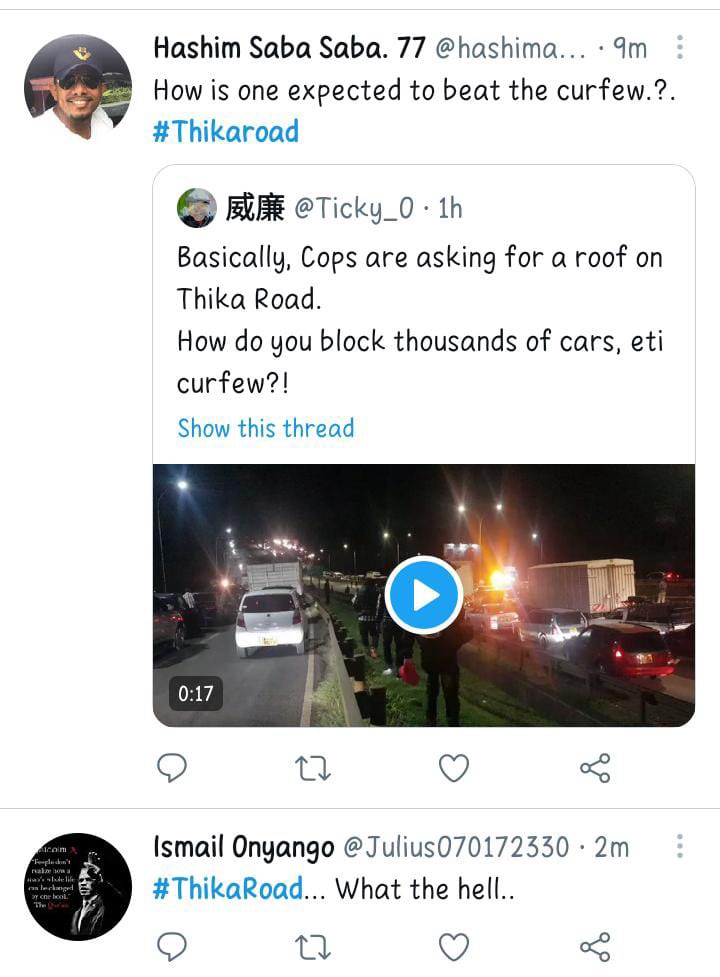 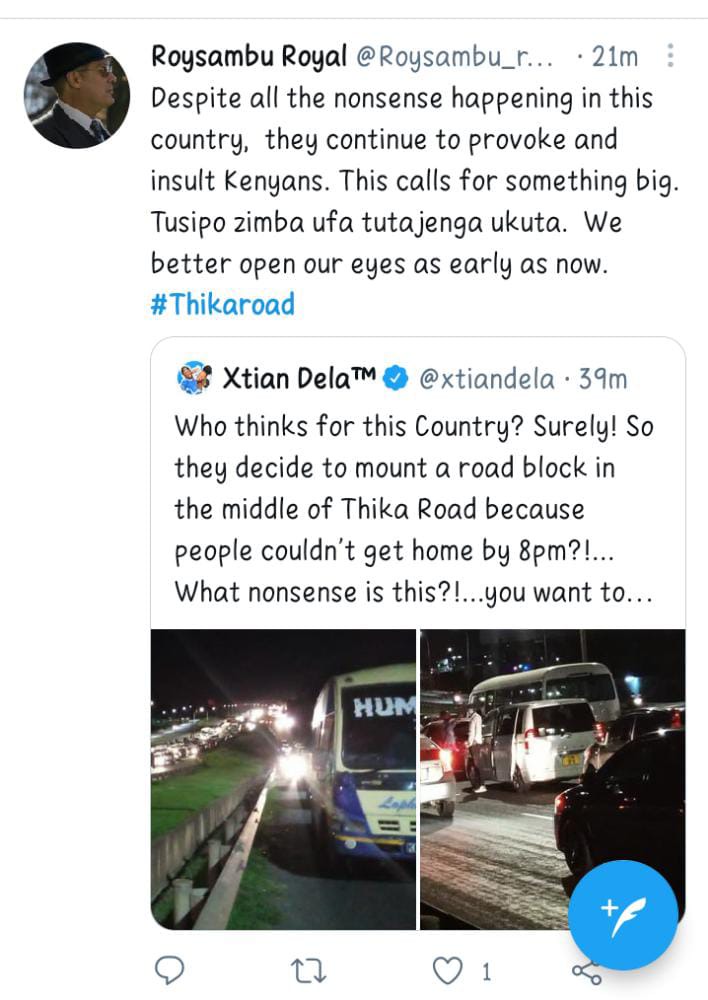