By Samsamir (self meida writer) | 6 days 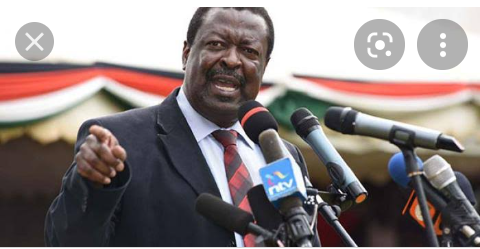 The Amani National Congress (ANC) party leader Musalia Mudavadi has dismissed calls for ODM party leader Raila Odinga to support his presidential bid as a sign of good will for supporting him in 2013 and 2017. 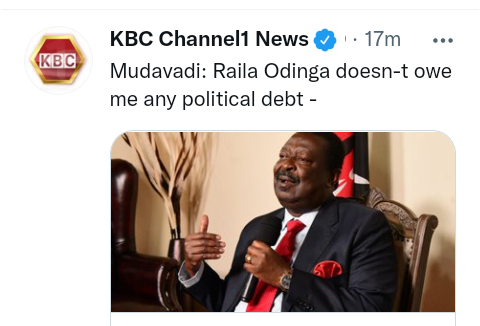 Mudavadi says he doesn’t believe in political debts and one should not held at ransom over the same.

Speaking during an interview with a local Radio station, Mudavadi said there is nothing like political debts saying people come together politically through shared ideologies.

Mudavadi said he is seeking support from all Kenyans and not a specific person and that Raila Odinga doesn’t have to endorse his bid just because he supported him in previous elections.

“I don’t believe in the idea of political debts. Raila owes me no debt, politically. I am seeking votes from all Kenyans on the basis of my economy recovery policies,” he said.

The Amani leader who is campaigning on the platform of reviving and growing the economy said leaders should seek the mandate of Kenyans on the basis of what they will do for them.

Do you think Musalia Mudavadi's decision will change Raila's performance?