Former Mt. Kenya MP reveals that he sells tea and Mandazi as he distances himself from abusing Raila

By Ianwriters (self media writer) | 2 months ago

Former Member of Parliament for Nyeri, Hon Ngunjiri Wambugu, has revealed what he does to make money after losing his seat to his UDA opponent in the just concluded general election. Wambugu revealed that he is currently selling tea with Mandazi in his hometown Nyeri and is not involved in politics now until the time is right for politics. This was on a light note responding to the fake news being peddled by a parody Twitter account. 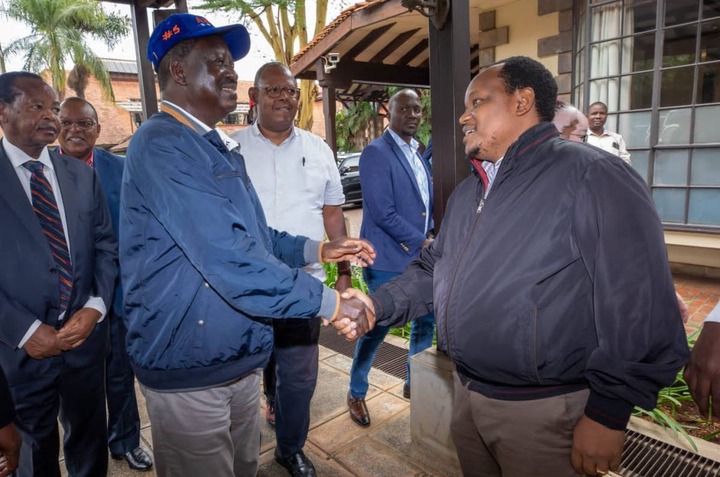 Responding to a fake twitter account posting negative comments about Azimio la Umoja One Kenya Alliance coalition party leader Raila Odinga and his daughter's nomination, Wambugu dismissed the account as he is currently not involved in politics and is busy selling tea. mandazi in Nyeri waiting for another political season to come. He argued that if he had something to say, he usually said it without fear, so he didn't need anyone else to comment for him. 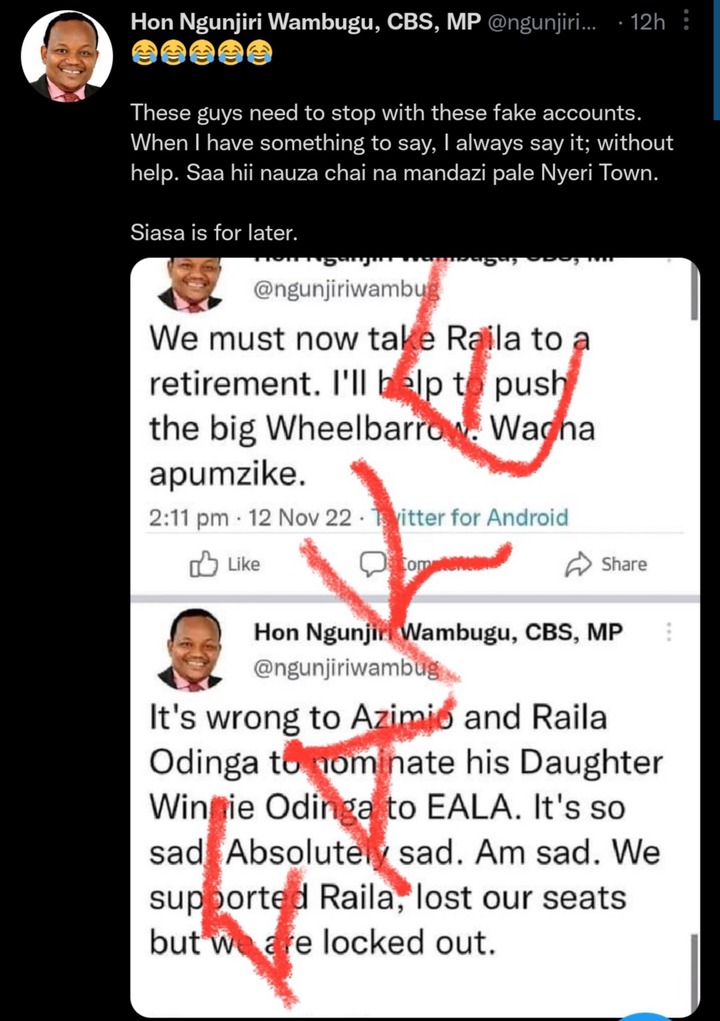 Content created and supplied by: Ianwriters (via Opera News )