Uhuru, Raila BBI Process in a Tight Corner After These Fresh Details Emerge 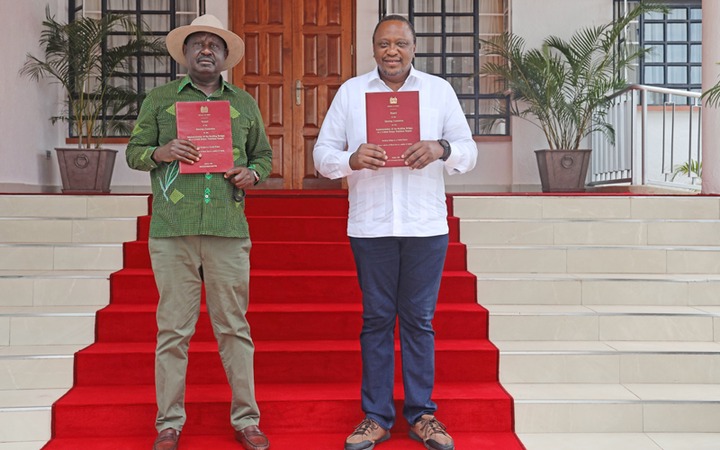 Human rights groups are urging the Auditor General, Ms. Nancy Gathungu, to audit all funds used in the Building Bridges Initiative (BBI) process since its inception.

The agencies also want Ms Gathungu to publish a detailed report on the source of the money, how it was used and to make it public.

In a joint statement, the 16 organizations said the government had been conducting the process in secret, without informing Kenyans about where the money was coming from. 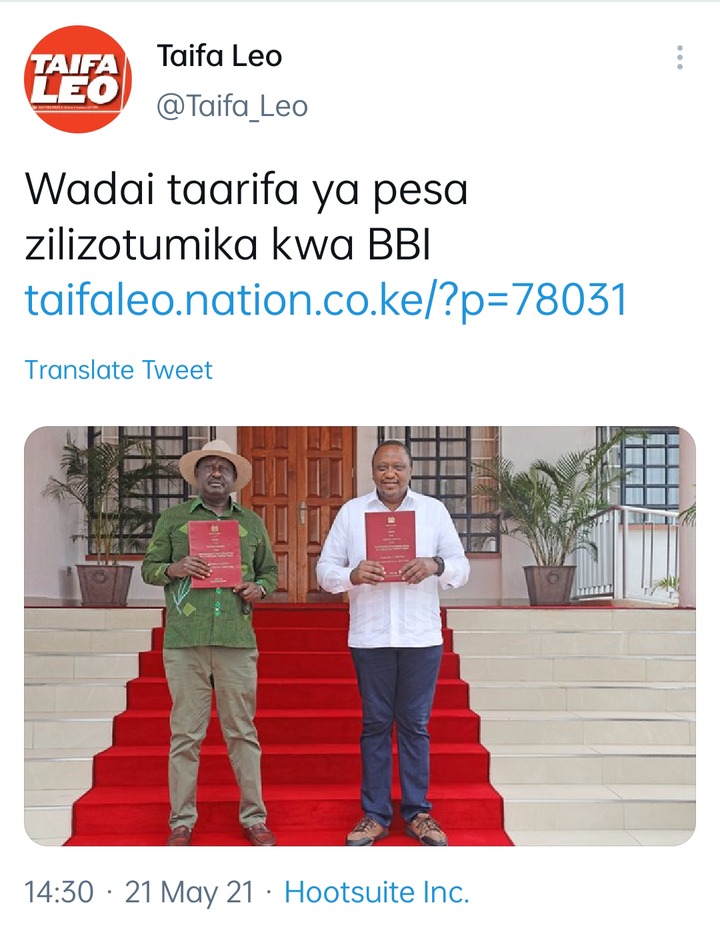 The process has been seen as unsettling since last week, after the Supreme Court ruled it to be illegal, and conducted in violation of appropriate legal procedures.

The decision was seen as a major political blow to President Uhuru Kenyatta and ODM leader, Mr Raila Odinga, considering they were the ones who initiated it, soon after I was fired in 2018.

Given the government's lack of transparency in funding, the agencies said President Kenyatta should be held accountable.

"Given the court's decision to declare the plan illegal, the President must be held accountable for all public funds that have been used to run it," it said.

Some of the organizations that made the statement were the National Commission for the Protection of Human Rights (KHRC), Defenders Coalition, Transparency International (TI) Kenya, the Independent Medico-Legal Unit (IMLU), the Transformation Conference among others.

It has been speculated that the process has cost taxpayers more than Sh10 billion, although the government has not provided details on the exact amount spent.

The organizations also pressured all public institutions — including the President, government departments and National and county officials to stop using public funds to run the process.

"Government officials should serve Kenyans, instead of participating in a process that does not benefit them in any way," it said.

The government has been accused of using force to promote the process, especially chiefs.

In an exercise to collect signatures in support of the initiative last year, the government was accused of using chiefs, their deputies, village elders and other administrative officials to pressure Kenyans to sign such forms.