By Monte_jurnior (self media writer) | 2 months ago 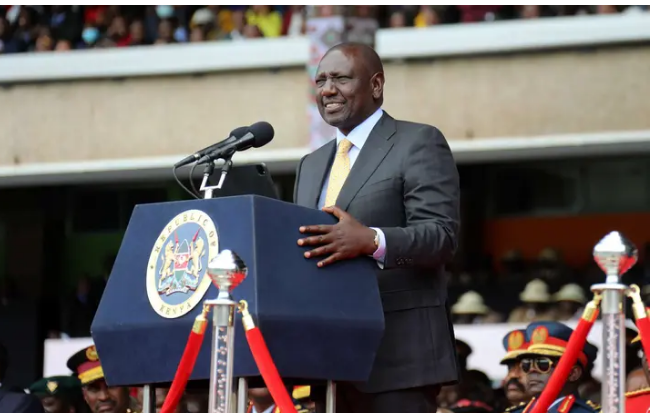 Following his return to the nation from trips abroad to the United Kingdom and the United States of America, the head of state, Dr. William Ruto, gave new instructions to law enforcement authorities after receiving a security briefing. 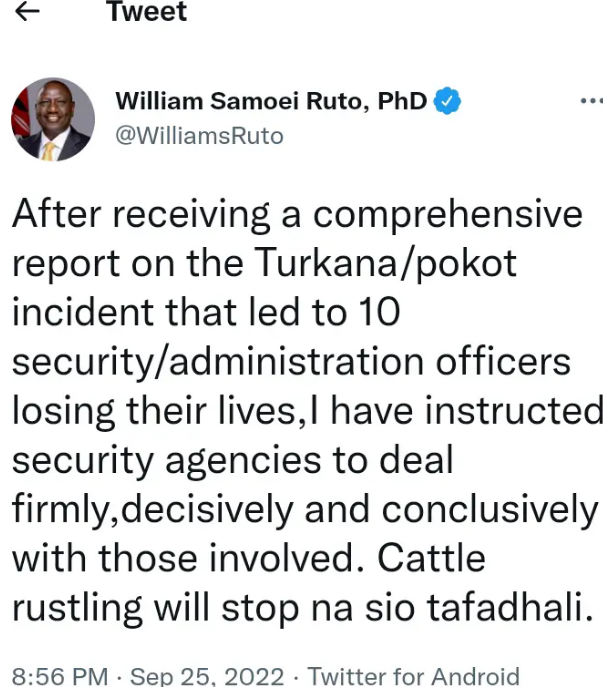 The head of state announced on social media that he had learned about the murders of numerous security guards in the dangerous Kerio Valley, which is home to the Turkana and Pokot tribes.

As he had ordered the nation's security officials to deal severely with those responsible for the horrible conduct, Ruto expressed sympathy that those engaged in the incident would have nowhere to hide.

One of those killed in the tragedy is the sister of Dr. Ekuru Aukot, a previous presidential candidate. Mr. President William Ruto was greeted warmly by popular leaders who were waiting for him at Jomo Kenyatta International Airport just a few hours after his arrival. Now William Ruto reacts immediately after being told that yesterday there was bad news when officers died in Turkana and Pokot. Now in that area we have been earing some hard Cases and couse anumber of people loose their life's.

Now we don't know what will going to happen as Mr President Officially he will going to address his new cabinets. In security, we congratulate Mr. Matiangi on the excellent work he performed while working with former President Uhuru Kenyatta. In Ruto's government, we wish to have a person like Matiangi so that we can be safe for security purposes