Today Kieni member of parliament Kanini Kega paid a courtesy call to Nairobi senator Johnson Sakaja at his official office to discuss about the forthcoming August 2022 polls. Kanini Kega was accompanied by a female politician from Mount Kenya region.

Legislator Kanini Kega said that he engaged with senator Johnson Sakaja about the forthcoming general election which will be held on early August 2022. 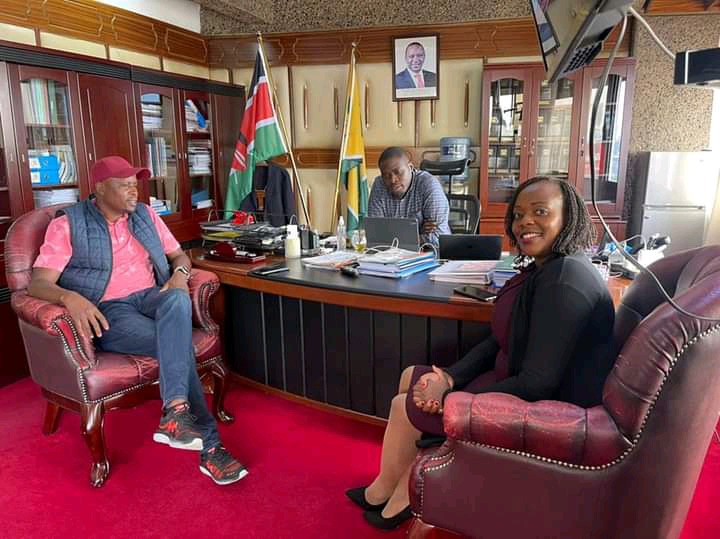 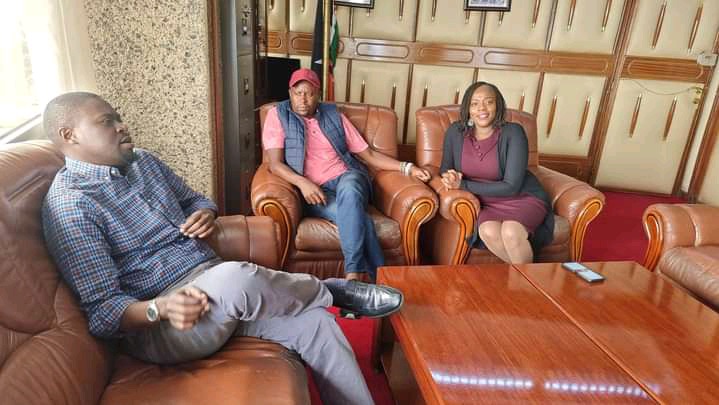 Senator Johnson Sakaja has now shifted his allegiance to ANC party leader Musalia Mudavadi who is eyeing for presidency under ANC party ticket. ANC party will hold its national delegates conference on Sunday this week at Kasarani auditorium to nominate their party's presidential candidate and new party officials.

Legislator Kanini Kega has also shifted his allegiance to the former prime minister Raila Odinga under Azimio La Umoja movement. The vocal legislator has assured Raila Odinga for his support in his quest to ascend to the top seat.

Today's meeting may seduce senator Johnson Sakaja to shift his allegiance and support Raila Odinga presidential bid who seems to enjoy massive support in different parts of the country including Mount Kenya region.