By Wilson_Nganga (self meida writer) | 11 days

The former Senate Majority Leader, Elgeyo Marakwet County Senator, Kipchumba Murkomen has now fired at President Uhuru Kenyatta's government, after speculations that the 2022 Polls could be extended to a later date past August next year. 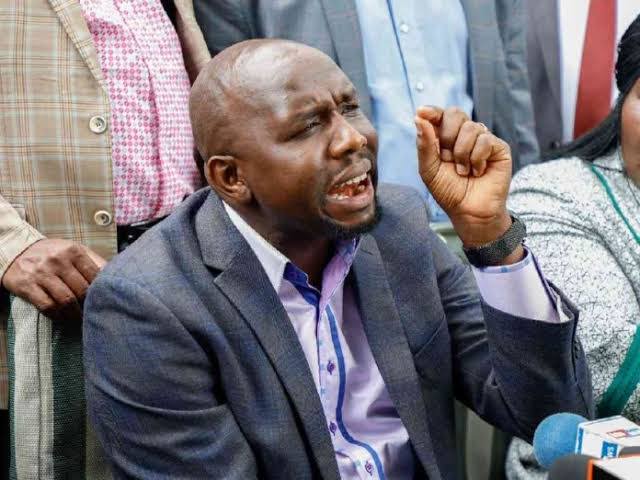 Murkomen, who is a prominent lawyer and a strong ally of the Deputy President, was speaking through his official twitter account in reaction to an earlier tweet by Gatundu South MP, Moses Kuria, who issued that he was ready to become a martyr just incase the polls could be extended.

According to speculations passed through The Standard Newspaper, as presented by MP Moses Kuria, several aspects including the constitutional reform processes, through the BBI, could derail the 2022 polls which could effectively increase President Uhuru Kenyatta.

However, this did not go well with the Tangatanga Legislators who issued warning statements against any delays of next year's election to favour the BBI referendum bill process as some of them vowed with their lives to defend the 2022 Contest with their lives.

For Murkomen, he Warned president Uhuru's government against extending term by suspending the election by even a minute, raising a concern for peace in case this is really attempted. 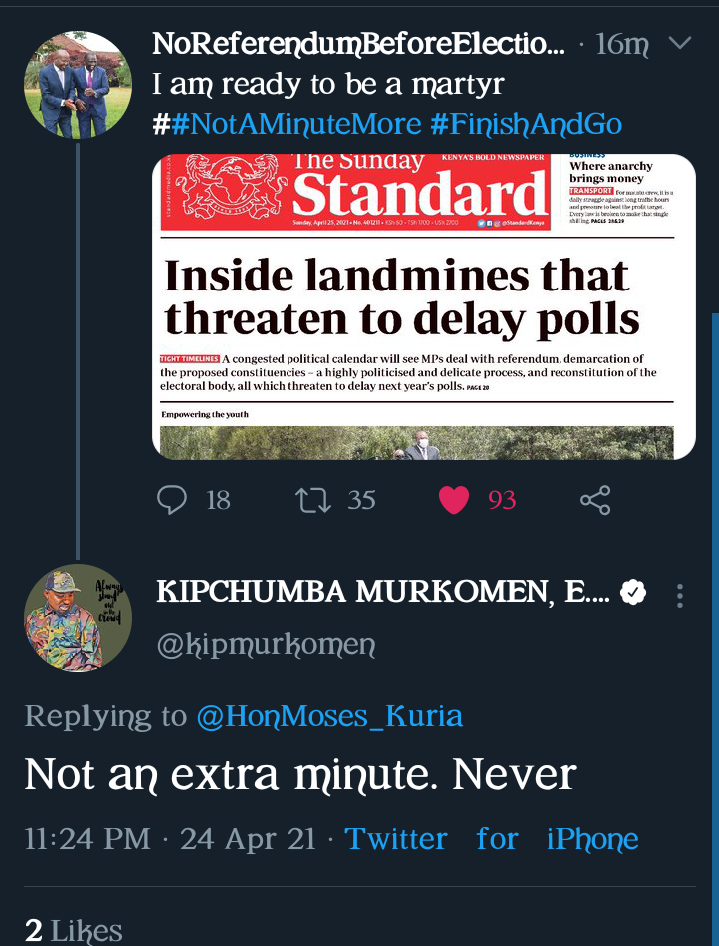 Meanwhile, we would like to hear your views on the same. Do you think the 2022 elections should be suspended to give time to the BBI referendum? Kindly share your views with us.

When President Uhuru And Dp William Ruto Was Last Seen Together

Six Things You Know Not About Samia Suluhu Hassan